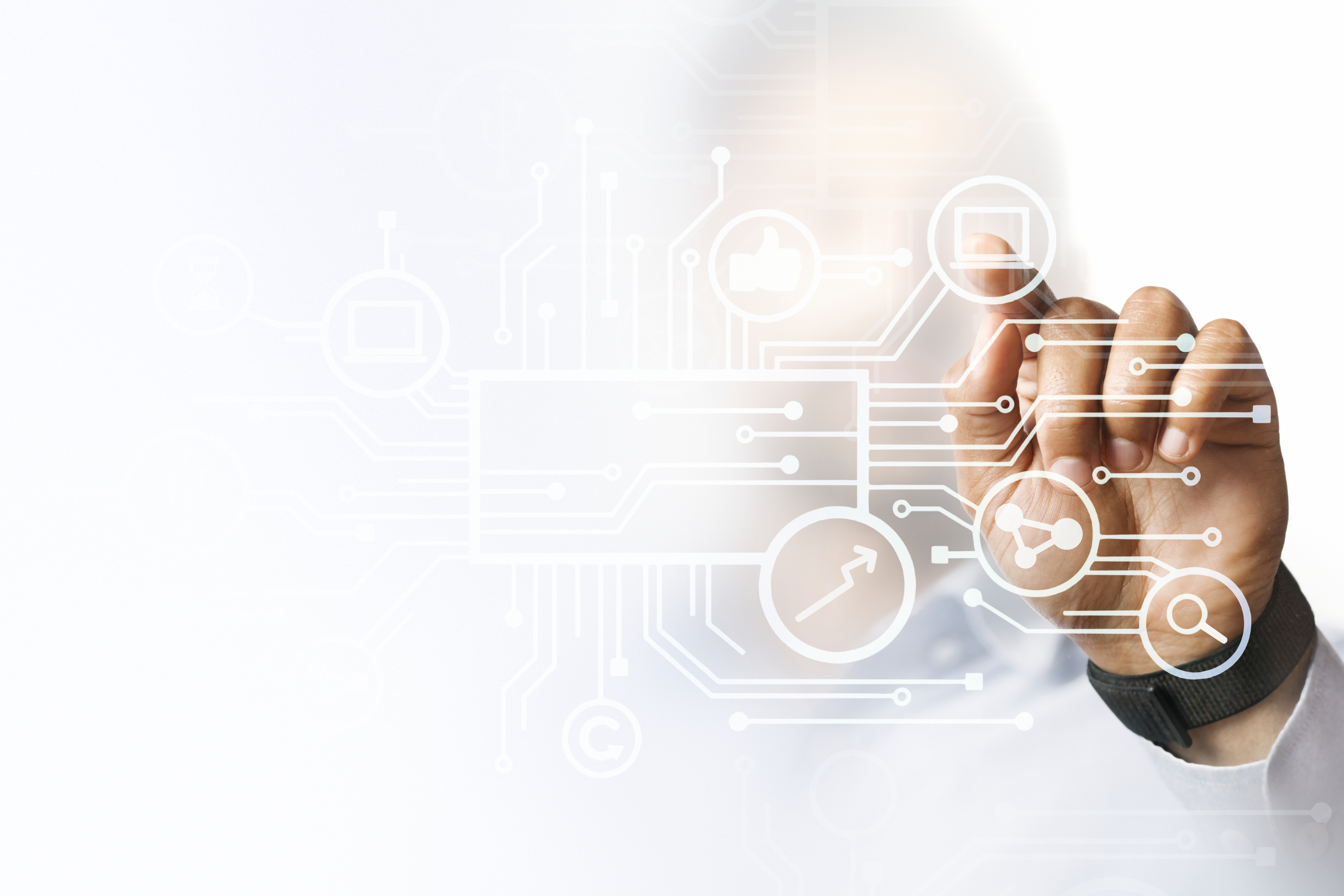 The stereotypical rollercoaster of emotions around any work that’s sarkari has changed little. Most errands play out something like this – disappointment, dread, steeling of the nerves, unfaltering patience, and finally, a huge sense of relief. From passport offices and PDS shops to government colleges, we’re subjected to the same poor experience everywhere.

It’s hard, then, to count on public sector banks (PSBs) to dominate a space that has already digitized, and then some. India is well on its way to become one of the most FinTech-friendly countries in the world. Meanwhile, the share of PSBs in total loans and advances declined sharply from 70.84% in FY16 to 58.68% in FY21, with private banks benefiting at their expense.

The reasons for the poor performance are manifold but one that sticks out? PSBs have neglected to migrate to greener, more digitized pastures. A Moody’s Investors Services report from March stated that FinTech dominance in digital payments will not translate into competitive advantage against lenders (private banks having responded well to the competition).

However, it warned that PSBs had reason to worry as their margins, especially in the personal loan and SME categories, could suffer as FinTechs continue to expand beyond payments into other financial services. 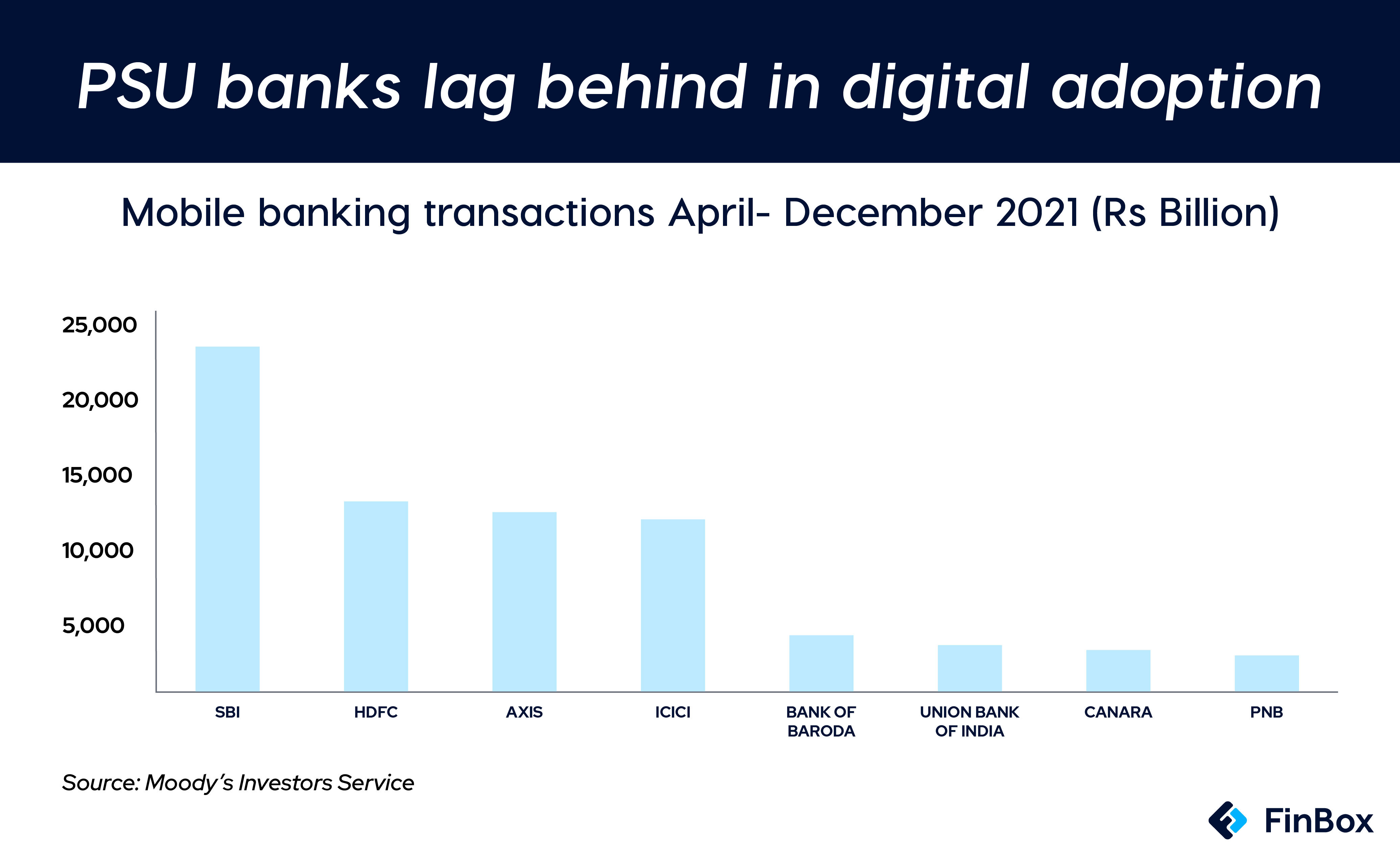 With the exception of the State Bank of India (SBI), all PSBs are trailing in the race to clock higher mobile banking transactions, indicative of their overall poor digital adoption. Despite government support for the digitization of the banking sector, evidenced by its launch of the United Payment Interface (UPI), the electronic GST networks or even the Account Aggregator framework, PSBs have been slow to join the race.

Read: What are Account Aggregators and how they will revolutionize India's lending ecosystem

A matter of priorities

The truth is, it’s not fair to equate the success of private banks with public sector ones when it comes to digital adoption. But it's still pertinent to ask – what has held back most PSBs from stepping up their digital transformation game?  The priorities of public sector banks have been starkly different from those of private sector ones. The urgency to digitize is dwarfed by other imperatives:

Public sector banks have been preoccupied with their mounting non-performing assets (NPAs), which have doubled in the last seven years alone. From Rs 2.24 lakh crore in 2014, NPAs of 13 PSBs now stand at Rs 5.40 lakh crore. These banks are more focused on sweeping their balance sheets clean while still trying to catch up to their peers in the race to digitize. 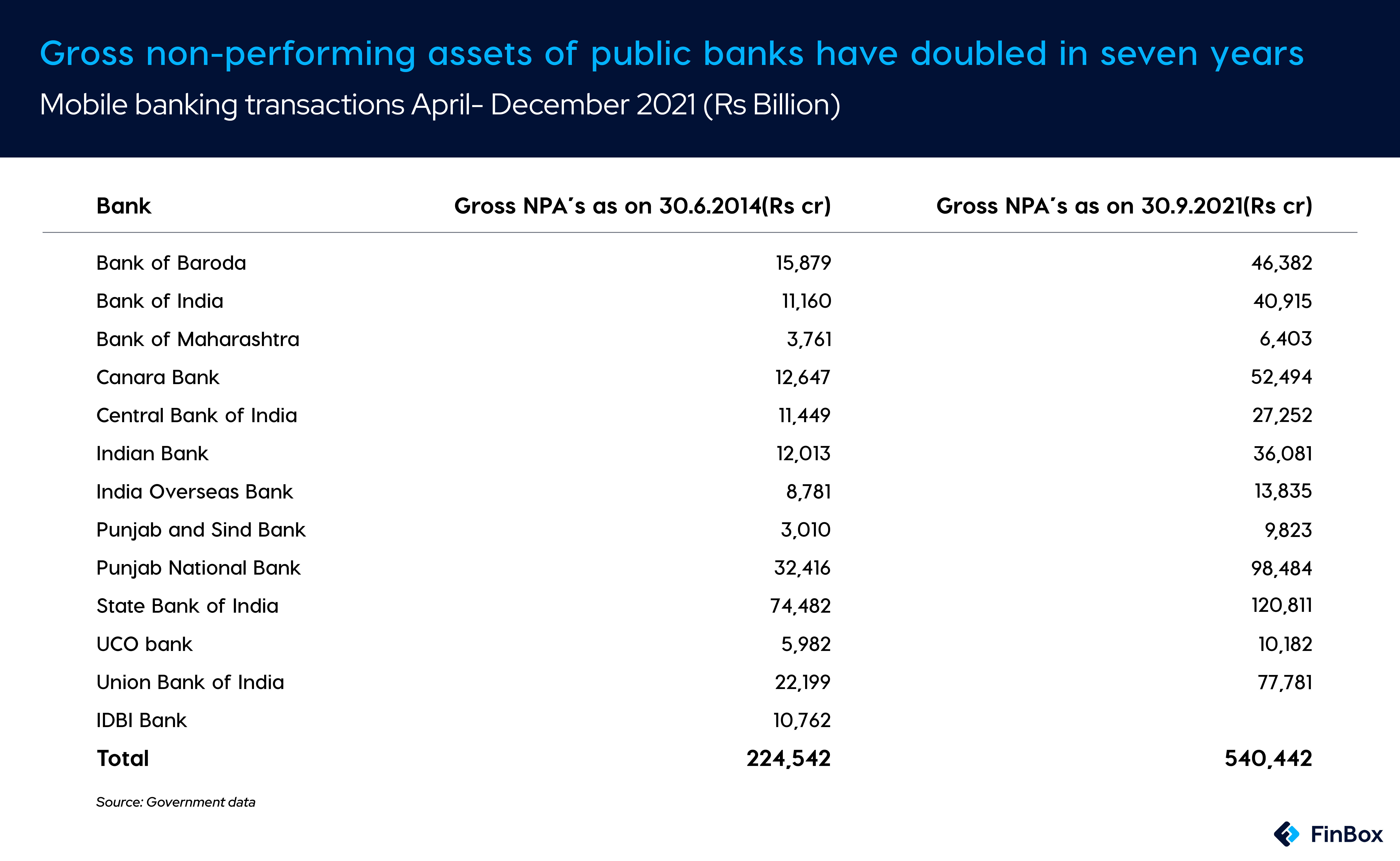 Read: What can Mudra’s performance tell us about SME lending in India?

Upside down approach to digitizing

Asim Parashar, a partner at PwC, put it really well – PSBs are creating a ‘digital strategy for their traditional business’. Private banks, meanwhile, seem to be winning at the game because their business strategy is made for a digital world.

PSBs in India have been tasked with the social agenda and account for a large chunk of all of the banking activity that goes on in the country. In rural areas, these banks are met with little to no competition – poor internet connectivity and a faint private bank footprint leave customers with no alternative to ubiquitous PSB branches.

Since the customer base differs, PSBs have focused on building practical and grounded provisions like mobile banking first. All PSBs today offer a basic mobile app for banking on the go. Largely, however, the banks are still caught up in legacy systems and their sparse efforts at digitization leave a lot to be desired.

Read: Microfinance isn't solving financial inclusion. What should we do about it?

Building digital capabilities that can hold their own in this competitive milieu means opening up a new battlefront for PSBs. With their resources tied up in addressing the existential crisis posed by NPAs, along with their financial inclusion objectives, government-owned banks can hope to address the digital challenge by giving up their irrational need for control and adopting an ecosystem approach. This can be achieved by partnering with FinTechs that are more nimble or it could mean working with younger, more digitally savvy teams in-house and leasing out the building of new infrastructure to the pros.

Read: Build or Buy: Your Guide to Creating a Modern Fintech Stack

Public sector banks reel under high costs of maintaining branches and large employee overheads. By developing FinTech capabilities, they can migrate more workflows on their digital platforms and reduce their dependence on physical infrastructure and human tellers.

Moreover, a spate in public sector bank mergers has unlocked an opportunity to digitize more efficiently by dispersing costs across a bigger number of customers and achieving economies of scale. Partnering with a FinTech, instead of building their own functionality, can help PSBs also save up on the opportunity costs that pile up each day that the bank goes without digitizing.

The deep reach of PSBs, along with FinTech capabilities, can be instrumental in closing India’s financial divide. For instance, alternate data scoring can improve credit access in far-flung, unserviceable pincodes. In the hands of banks’ business correspondents, FinTech tools can also aid in financial education.

The rise of NPAs in PSBs has been attributed to many things – from political pressures to priority sector lending and debt restructuring. However, study after study has shown that major culprits behind the problem often tend to be their collections and recovery mechanisms.

These banks can break free of their lending patterns by ushering in an alternate data regime that allows underwriting based on wider and more relevant data sets. FinTechs’ use of AI and machine learning models in portfolio surveillance can culminate in an early warning system that can be used to design appropriate collection strategies.

Read: Collections efficiency: The playbook to combine the best of AI and human intelligence

Despite all odds, public sector banks are slowly digitizing. However, as slow adopters, they have already ceded early mover advantages to their private sector counterparts. Now with the NPA fog clearing a bit, public sector banks can turn their attention to the digital challenge. And the quickest way to make up for lost miles in the race is by making friends with the digitally savvy FinTechs before they turn into hostile competitors.