D2C brands and revenue-based financing - a match made in heaven? 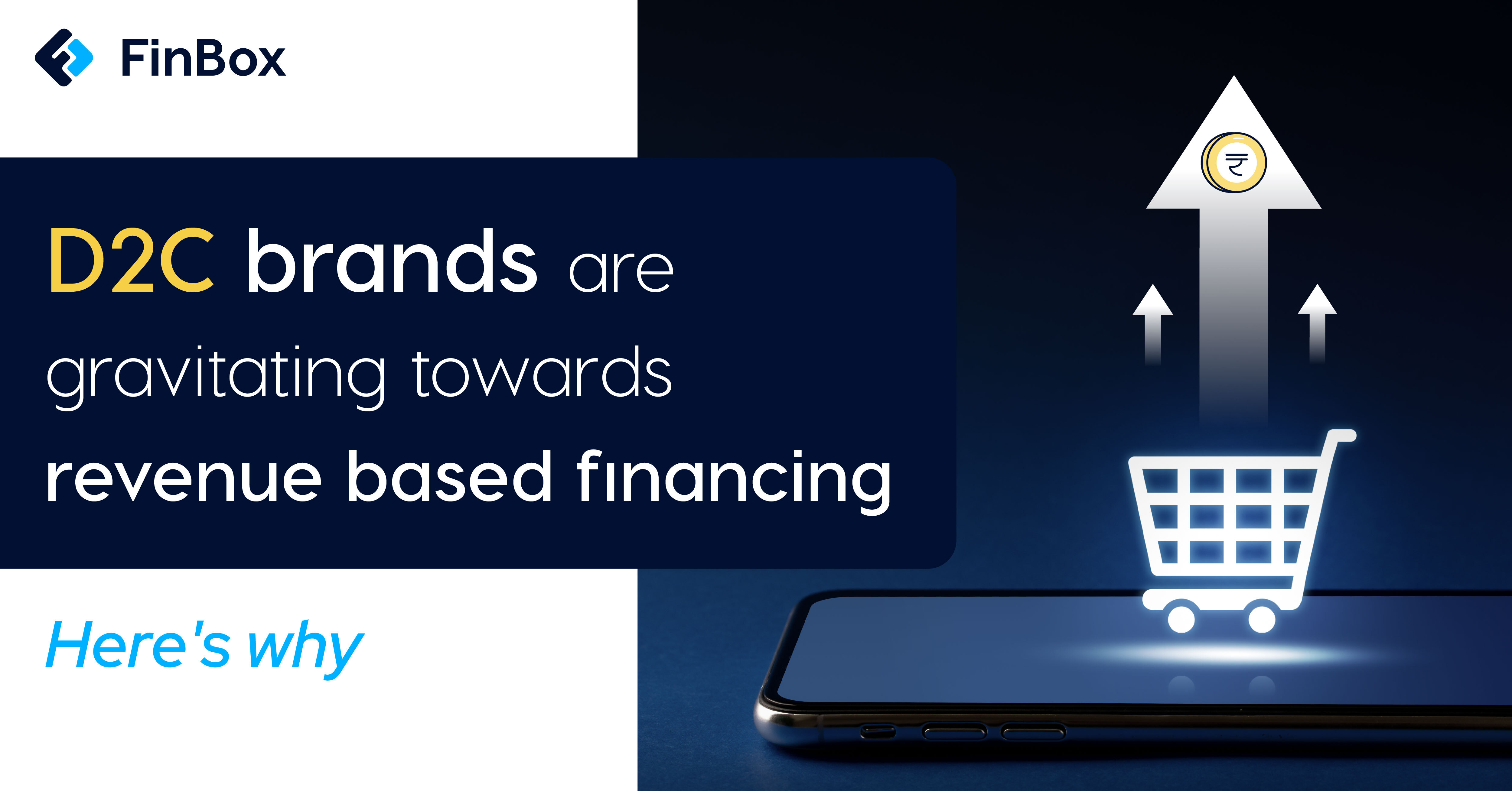 While the pandemic made life tougher for large consumer brands as they tried to plug supply chain challenges, new-age direct-to-consumer (D2C) brands quietly managed to chip away at their customer base. D2C brands often manufacture, market, sell, and ship their products with zero middle men, which keeps the D2C model lean and profitable. Their growth has been astounding to say the least - the total addressable D2C market in India is expected to grow to a stunning USD 100 Bn by 2025.

But the astonishing growth also hides speed bumps that D2C brands have faced along the way. One of them is realizing that growth is fuelled by capital and money isn’t the easiest thing to come by even in a startup friendly environment. For instance, their less glamorous legacy counterparts find it easier to get loans from banks but the same lenders are mostly unwilling to lend to these digital first brands without collateral, personal guarantees, extensive financial statements and vintage. So they go for the alternative - diluting precious equity to convince investors to inject growth capital, and agreeing to terms that may not always be favorable to the brand.

So banks are out of the picture, and private investment means giving up a part of the ownership. There has to be a better way - and thankfully, there is. Revenue Based Financing has emerged as an effective alternate funding model, particularly for early-stage D2C players.

What is Revenue Based Financing?

Revenue based financing is a fund-raising model that is based on the estimated revenues of a company. The borrower, in this case the D2C brand, pledges a part of its revenues in return for the financing. RBF doesn’t usually involve interest payments, instead, the above-mentioned repayments are calculated using a multiple that ensures returns higher than the initial investment. Why do D2C brands prefer Revenue Based Financing?

Financiers have skin in the game

Since the financier charges a fee on the borrower’s future revenues, a drop in the latter’s earnings implies a drop in the financier’s fees as well. They are therefore invested in the D2C brand’s growth and the relationship is one of mutual benefit.

This is perhaps the biggest reason for the growing preference for RBF. It’s tough for startups to obtain equity funding as it’s likely that venture capitalists would not entertain proposals for the small amounts of funding they require. And when it comes to larger amounts, funding is usually given in exchange for valuable equity. RBF investors, on the other hand, do not seek equity or board seats, allowing the D2C brand to retain full control over its operations.

Pitching to venture capitalists takes months, or even years before a deal comes through. But RBF is based on machine-driven underwriting, and doesn’t require equity exits or lengthy documentation, so funding can be finalized and disbursed in as little as four weeks.

Acts as a gateway to further funding options

Once the D2C brand secures RBF, it can use the funding to manage its day-to-day operations and grow its operations. Once it has found its footing, the brand will be in a better position to seek larger amounts of funding from banks and venture capitalists.

An emerging economy like India needs several sources of capital so that businesses are able to grow quickly, and more importantly, sustainably. Revenue Based Financing has emerged as a more flexible and simple alternative to traditional forms of financing - one that accounts for changing business models and dynamic funding requirements.

Its close cousins include cash-flow based financing and collateral-free working capital loans for businesses. Whatever be the product structure, the idea remains the same - companies looking for growth capital are better fit for new-age credit solutions underwritten by more agile algorithms and funded by modern lenders than waiting at the teller’s queue of the bank.