Data dive: What can Mudra’s performance tell us about SME lending in India? (Part I) 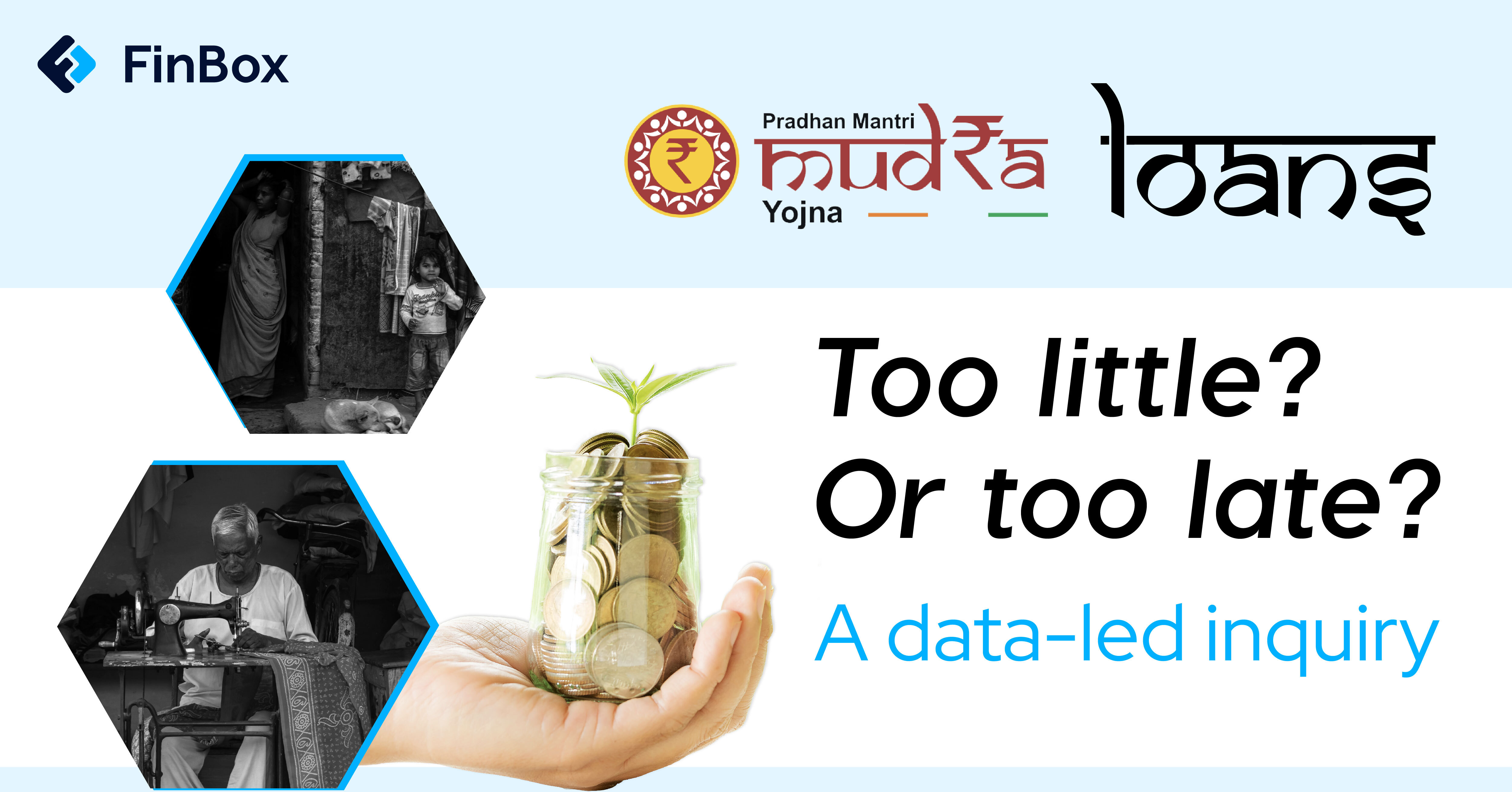 The Pradhan Mantri Mudra Yojana (PMMY) was launched in 2015 with the objective of ‘funding the unfunded’. The idea was to provide collateral-free loans for poverty alleviation — a Grameen model of microcredit — seemingly brilliant in its simplicity, scope, and humanity.

So, how has the scheme fared after six years of operations?

It has quite a few grand numbers to its credit — a cumulative amount of ₹15.52 lakh crore reached 29.55 crore loan accounts of which 68% beneficiaries were women and 51% of the loan accounts belonged to SC/ST/OBC.

With a portfolio of ₹13,537 crores, it’s said that the programme is promoting entrepreneurship among India’s underserved population. However, numbers tend to have an unseen side.

So, let’s do a loan category analysis to peel the pretty surface. 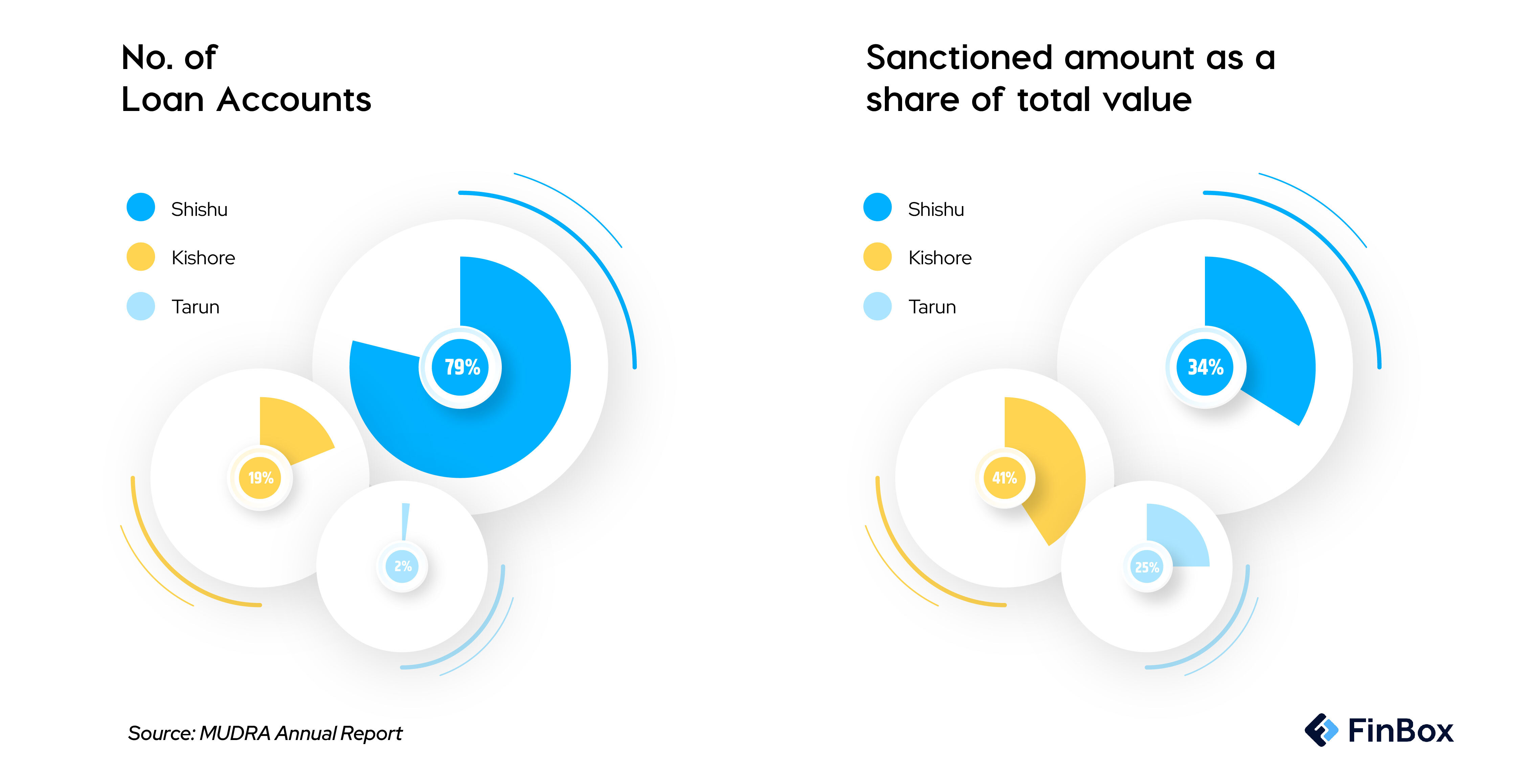 As is clear from the above chart, the bulk of the beneficiaries — 79% of them availed Shishu loans — the category that has been touted as the most important by the government.

Shishu loans may seem like the vanguard of microcredit. But read the above two charts together, and you know that about 80% of the people used up just 34% of the total loan amount (Shishu category) while a fractional 2% of the people (Tarun category) secured a fat share of 25% of total loan value .

What’s more, mere back-of-the-envelope calculations will tell you that the average value of a Shishu loan in 2020-21 was a meagre ~₹27,000. Clearly, lenders do not trust the most vulnerable with anything more than a few thousands. Interestingly, default rates prove that their lack of trust is not misplaced.

Shishu loans recorded the highest defaults in comparison to other two categories — 12.39% as against 10.19% in Kishore loans, and the general bank default rate of 8-9% in Tarun loans (see the chart below). RBI had raised red flags as early as 2019 about banks not following adequate credit appraisals, not ensuring end-use of funds, and not monitoring loans.

However, what’s rather puzzling is that in spite of bad loans doubling in FY21 from FY19, Shishu loans are keeping up the pace. One plausible explanation is that banks may have resorted to giving out Shishu loans in order to meet loan disbursal targets prescribed by the government. And the pressure to meet targets seems quite real, for financial institutions have been promptly achieving their targets each year (see the figure below). 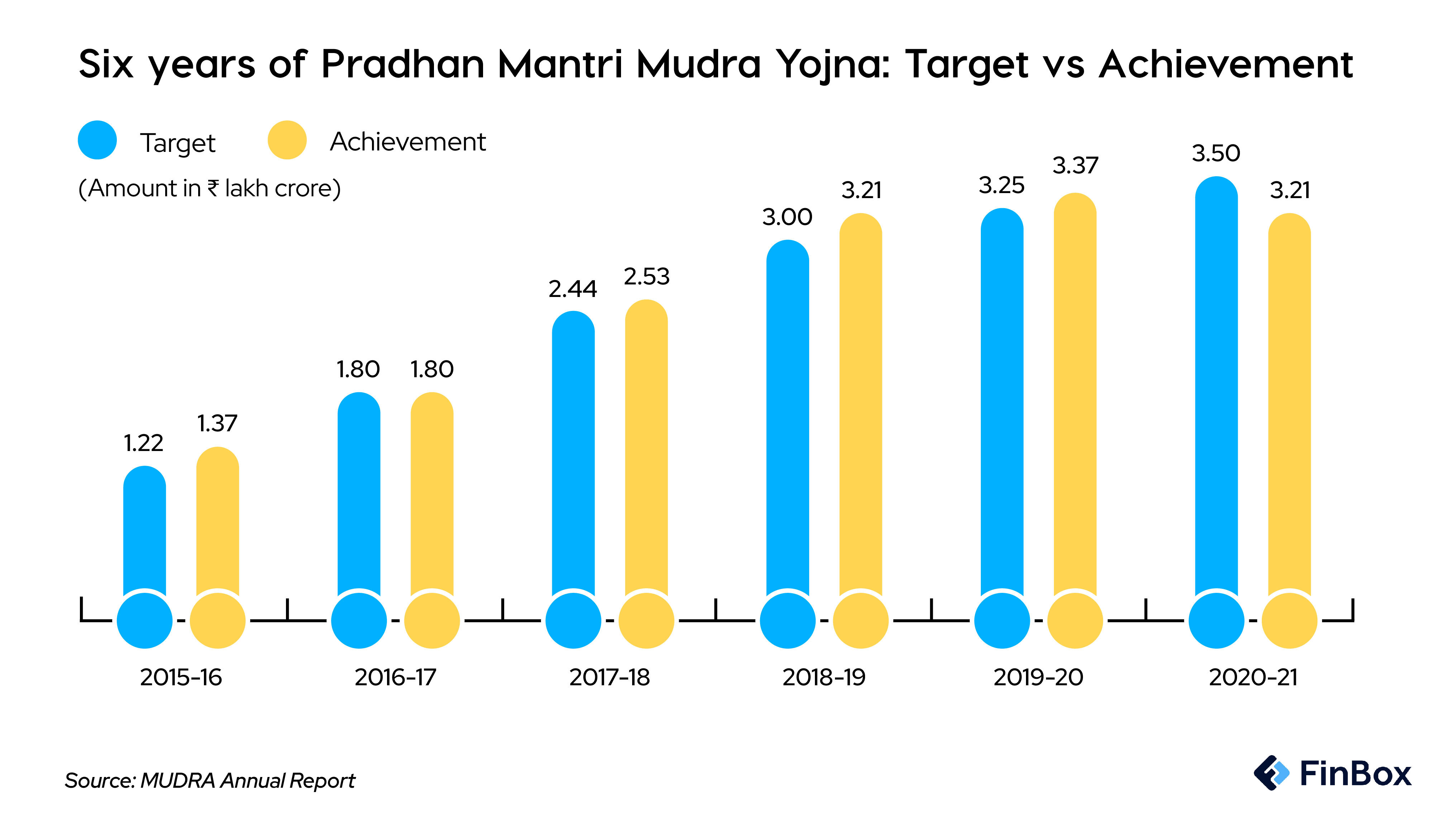 Old wine in a new bottle. But can fintechs enhance the taste?

If one looks at the structure and form of the scheme, Mudra seems to follow in the footsteps of numerous other previous and current MSME financing schemes. These schemes and policies have been implemented both at the central and state level.

And they all bit the dust or made little to no impact — case in point, Integrated Rural Development Programme (IRDP), a centrally sponsored poverty alleviation scheme launched in 1978 that combined government subsidy and term credit by financial institutions.

Currently, there’s another similar collateral-free working capital loan scheme for street vendors operating as PM SVANidhi. There have been media reports of NPAs building in this segment as well and branch managers have been shooting letters to municipal authorities, desperately seeking ‘cooperation’ on the issue of rising delinquencies.

As to why all these schemes fell through, the reasons are many. But the most obvious factor remains that microcredit has traditionally not been the domain of banks or NBFCs. That is exactly why microfinance institutions (MFIs) emerged.

Legacy systems aren’t exactly the most famous for underwriting new-to-credit customers with speed and accuracy, or even economically for that matter. A BusinessLine article pointed out ​​how banks, NBFCs, RRBs and cooperative banks have simply opened another window for Mudra loans, bypassing the hard legwork expected of microfinance companies. At best they assessed the digital footprints of the SME sector left on the GST portal and jumped on the Mudra bandwagon. The bottom line is that many microcredit schemes have degenerated into conventional business loans riddled with NPAs. 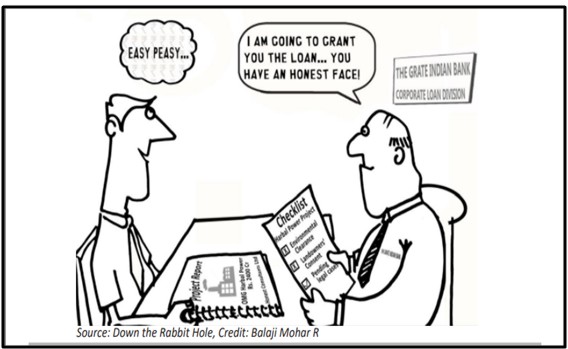 The good news is that Mudra’s issues do not relate to fund crunch or distribution since that’s available aplenty due to the government’s push for the scheme. Additionally, there have been many strides forward in both the lending and underwriting technology that can be harnessed to lenders' advantage in the Mudra scheme.

For instance, intelligent underwriting that involves an amalgamation of dynamic data, cash-flow based models and predictive analytics is now commonplace for small-ticket lending in the consumer space. By partnering with fintechs, Mudra-focussed financial institutions can repeat the same success in this scheme and deliver multifold impact.

Further, fintechs' predictive capabilities, and ability to read into consumer behaviour and extract patterns can help banks and policymakers figure out what products people really need. For instance, Mudra loans can be structured or tweaked in terms of their tenure, pricing, repayment schedules as well as additional financing for working capital or related needs.

Banks and NBFCs are increasingly partnering with fintechs to leverage their alternative data-based underwriting and loan monitoring capabilities to extend credit to MSMEs with thin-to-no credit history in a matter of minutes. The massive gains in terms of cost-savings and better risk-assessment may add a semblance of viability to micro loans. In fact, it may even help lenders achieve profitability with small ticket loans, provided they manage to attain advantage of scale — again something fintechs are adept at achieving.

The myth of job creation

The idea behind the Mudra scheme was that micro funding will help create more businesses and jobs at all rungs of the economic ladder. It takes from the premise that with appropriate and easy funding, more businesses can sprout up. Hence, the central focus of the Mudra policy appears to be repayment intent and not repayment capacity — an idea possibly guided by the general faith in the relative honesty of SMEs.

Let’s explore this a little further. If you look at the state-level and district-level performance of Mudra loans, Karnataka state and Bangalore Urban constituency respectively have sanctioned the maximum amount in 2020-21 under the scheme.

A study done by Amarnath Bhide, Glaubinger Professor at Columbia Business School way back in early 2000s examined small firms (excluding IT) in the Bangalore area. Bhide says that most Indian firms in his study required an average startup capital of about ₹3,75,000 at the time, which is well over the average amount of ~₹1,20,000 that was sanctioned in 2020-21 under the Kishore category. Hence, it would be safe to assume that only a Tarun loan can fund a new business, at least in Bangalore.

Basically, only 2 per cent loans disbursed in Bangalore have some potential to fully fund a new business, assuming prices never rose since Bhide’s study — an assumption that no longer holds because of rampant inflation and erosion in value of Indian currency — domestically and abroad.

Essentially, if one sets out to find new business owners fully funded by Mudra, that too in its best performing district Bangalore, it would be a search for a needle in a haystack.

Let’s delve deeper. An India Today article suggested a hypothetical scenario where each loan generates a 20% return. Despite taking a liberal account, Shishu loans can generate a maximum of ₹4,617 in a year for an average loan size of ₹22,516. Let’s add a layer to this. Assuming, the interest rate payable is a nominal 7.5%, a borrower will have to dish out ₹1,688 as interest. Which means he is left with ₹2,929 i.e ₹244 a month. Well, it would be safe to assume that when onion prices peak, a Shishu loan borrower will be able to comfortably buy a kilogram with the income generated from the loan.

The Mudra scheme has been one paved with best intentions that didn’t necessarily materialise for its beneficiaries. There’s a lot to unwrap about how micro and SME lending works in this country and Mudra’s performance can provide a unique vantage point. Stay tuned for part II of this continued series where’ll dig a little deeper.

PS: The estimate of Bangalore’s Tarun loans being 0.01% out of total loans in the country was arrived at by extrapolating its ratio as a share of total loans at the national level to Bangalore data.