Deep dive: How risk-based pricing can help lenders save billions in credit losses 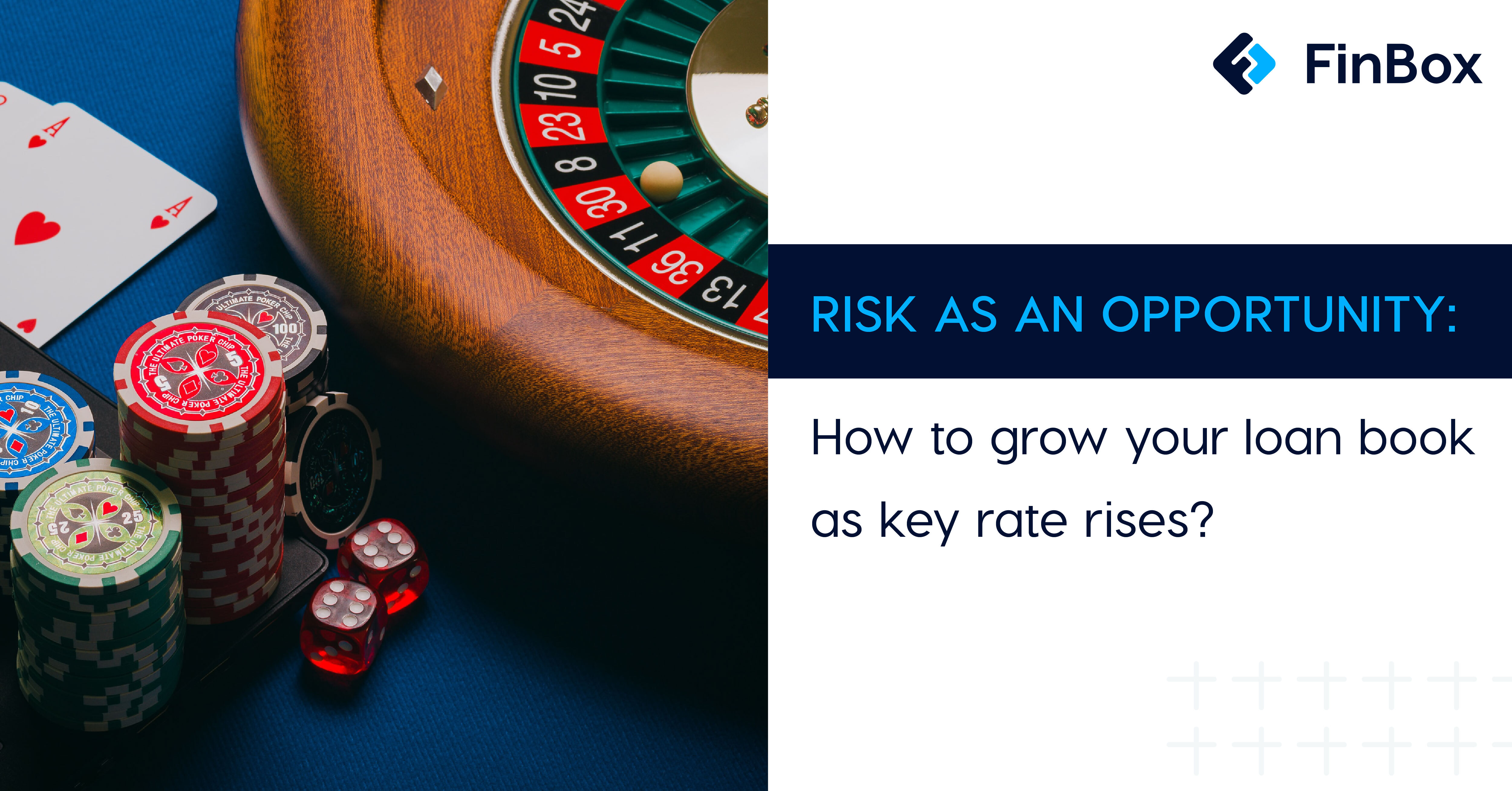 The Reserve Bank of India (RBI) is on a rate hike marathon to curb inflation. In a way, it’s good news to lenders for two reasons; one they can earn more from interest charged on loans, two, rate hikes augur well for bond markets and banks would be happy to park their money in bonds with rising yields.

The bad news, however, is that banks’ and NBFCs’ core function i.e., lending takes the biggest hit as interest rates rise. Here’s a sample data chart to help you visualise just how much key rates affect credit growth. 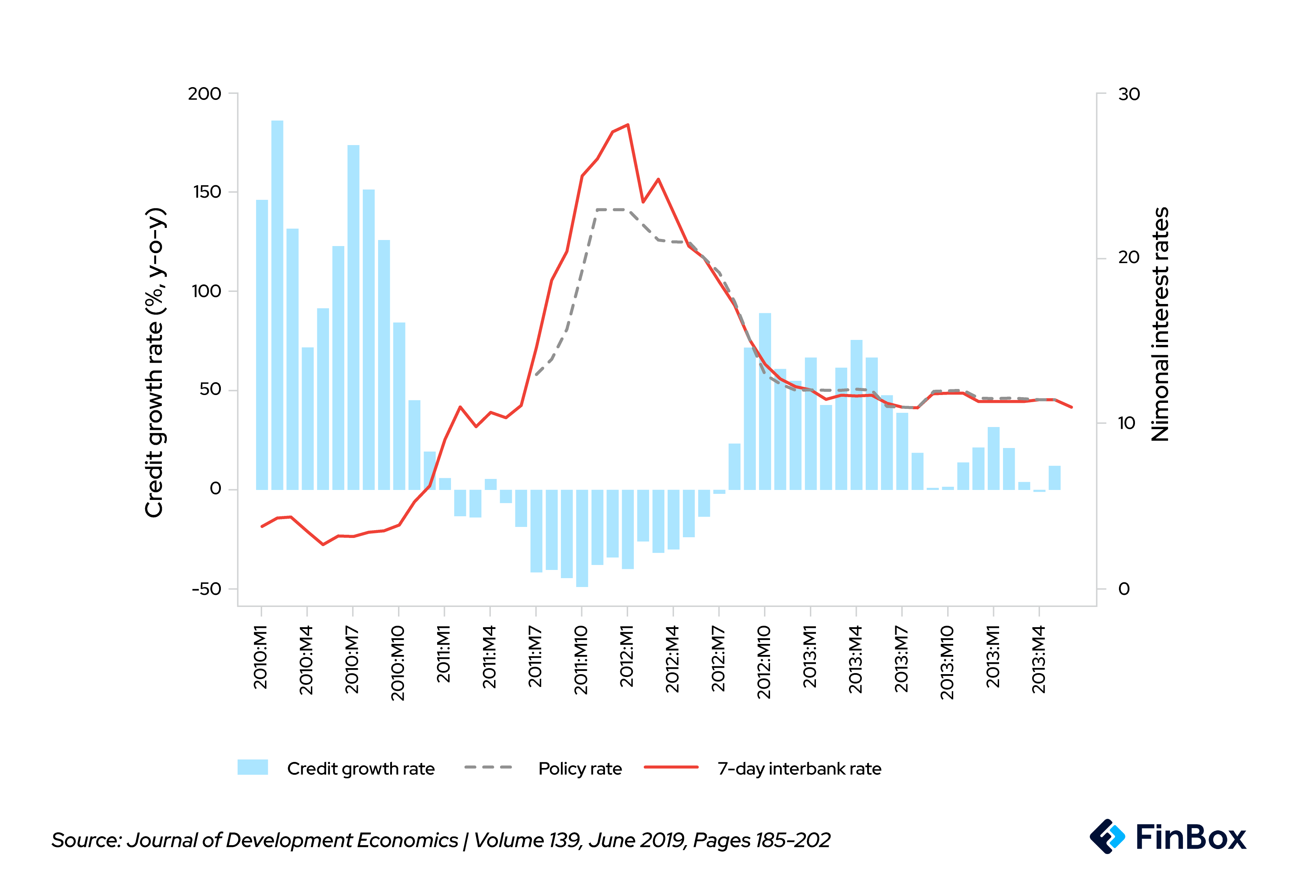 While higher interest income from existing loans and profitable bond markets may seem attractive, the fact remains that Net Interest Income (NII) is the primary source of lenders’ profits. Therefore, poor credit growth will have a profound effect on core earnings, thereby profitability, and alternative sources of income are bound to fall short.

So, how can lenders grow their loan books during times of credit contraction?

The answer is RAM (Retail, Agriculture, MSME) — the segment with an evergreen demand for credit. Typically, interest rates do not impact credit growth in this segment mainly because these sectors have limited avenues for raising funds. Also, working capital needs escalate with high inflation. Hence, the RAM sector is known to have an undying demand for loans. But the catch here is that a large chunk of this segment comprises first-time borrowers with no credit history (see the table below).

In fact,100 million new-to-credit customers are likely to apply for loans every year, according to CIBIL. Lending to customers who have no record with the bureaus may seem to be a risky business, but undeniably a colossal opportunity.

Markets involving high-risk businesses typically face the lemon and peach problem — adverse selection, wherein asymmetry of information between buyers and sellers lead to market collapse. Here’s how it plays out in the market for loans.

Let’s suppose lenders cannot distinguish a high-quality first-time borrower (a ‘peach’) from a ‘lemon’. Then the next best thing to do would be to average the default risk of a ‘peach’ and ‘lemon’ and increase everyone’s interest rate to make up for the estimated loss. This average interest rate naturally penalises a good borrower with a high price for loans while rewarding a bad borrower with lower rates.

Given the uniform pricing lenders extend to all, peaches eventually exit the market to avoid high-priced loans, leaving only lemons in the market. Thus the uninformed lender’s price creates an adverse selection problem that drives away high-quality borrowers. This would culminate in an NPA catastrophe. So, what’s the way out?

You need a credit-decisioning model that can accurately do the following;

How to monetise risk?

As a lender venturing into the new-to-credit segment, you may have outlined your risk appetite. But the question is how do you evaluate borrowers with no credit history? Here’s where our proprietary risk engine FinBox DeviceConnect shines.

The individual borrower or the portfolio of loans in question is benchmarked against data of over 16 million customers across India to arrive at a statistical probability of default.

Further,  it reaps the user’s device data after securing explicit consent from the user. Data types ranging from basic details such as age, income, and location to financial information such as cash flows, spend patterns, and credit usage to behavioural variables such as risk tendencies, lifestyle, attitude, financial discipline, and decision-making patterns are assessed to segment the customers. It is indeed an exhaustive evaluation process.

In fact, it generates more than 5000 such features, of which 200-500 of the most critical ones are curated and shared with the lender in real-time via APIs. This device data is combined with the bureau score to generate an alternative credit score called the FinBox Inclusion Score. This final score is scaled in the range of 300-900 further divided into 5-10 risk grades.

Once the segmentation is done, the loan amount, tenure, interest rate, and amortisation schedule are all generated instantaneously after much scouting and intelligence gathering. To give you a better perspective, here’s an example.

FinBox DeviceConnect generates a parameter called ‘Income Confidence’ based on the analysis of frequency of credit SMSes and debit SMSes to predict EMI affordability.

It goes even further to cater to loan collections — it analyses cash flow trends to arrive at best dates to present eNACH so as to minimise failure and automatically triggers the Business Rule Engine (BRE) to execute the payment. And all this happens in seconds! 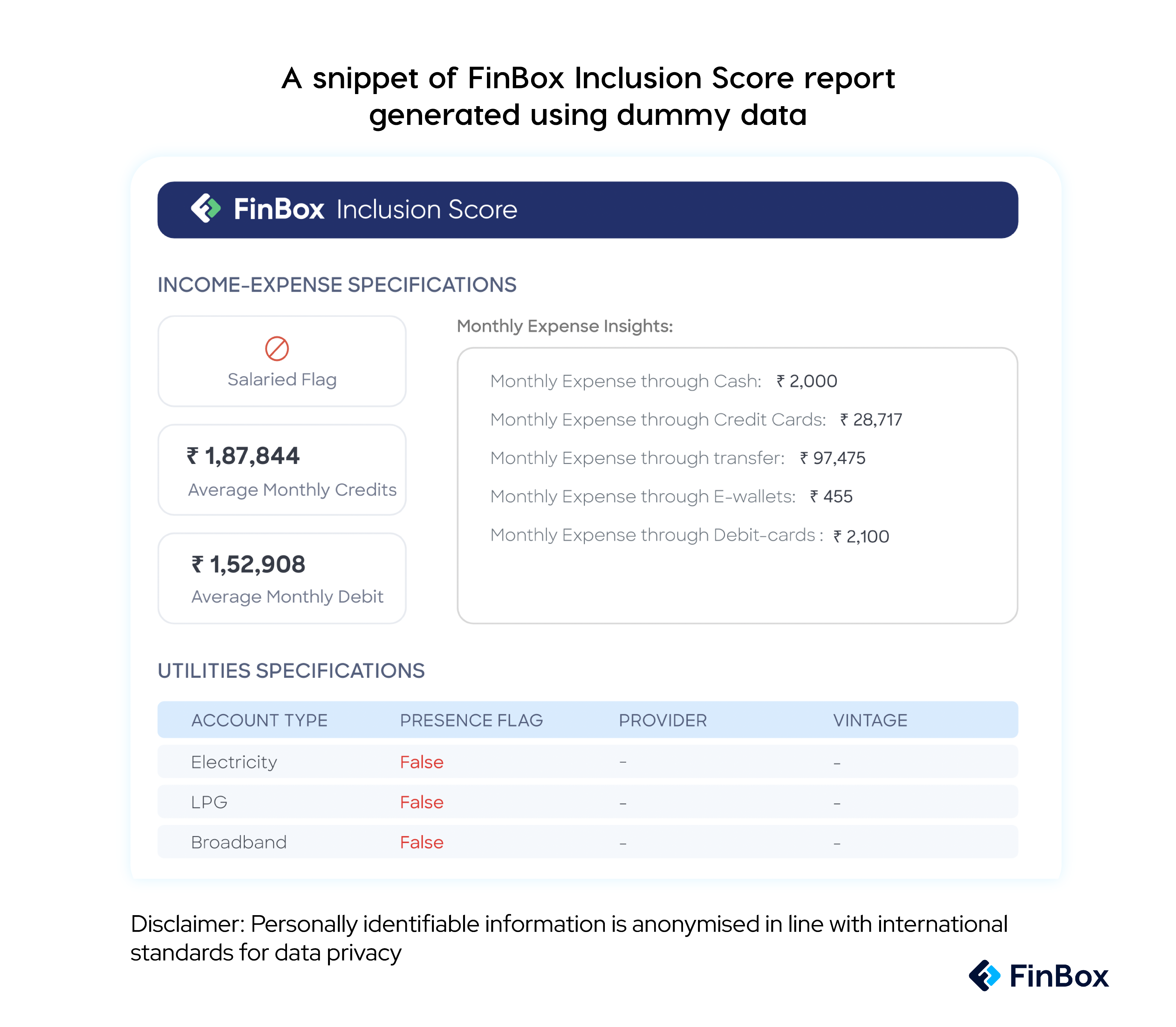 Although the churn that runs in the backend is a mammoth exercise, it is seamless at the front end.  Customers would have ready loan offers to choose from as soon as they complete the loan application. What’s even better is that this model’s prowess only increases by the day — given that 2.5 million borrowers are underwritten every month and more than 30 crore SMSes get parsed daily.

Let’s understand risk-based pricing through an example beautifully and simply illustrated by A. Jeremy Mahoney.  Suppose you are lending ₹10 each to a cohort of 10,000 people whose average default risk is 15%  — which means 15% of the 10,000 borrowers won’t pay you back. So, you stand to lose 1500 X ₹10 = ₹15,000. So, what do you do? Here are three plausible ways to tackle this.

Say the interest rate is set at 20% for a borrower, then raising it by another 17.6% makes a total of 37.6%. Such a big increase will drive away good borrowers and you will be inviting the problem of adverse selection.

Hoping to avoid those 1500 borrowers, you decide that you will only lend to those with, say, a FinBox Inclusion score above 600. Assuming only 30% of 10,000 borrowers fall in this category, you would be rejecting the 55% of borrowers i.e 5,500 people who would have actually paid you back.

This is the magic of risk-based pricing. Like in the earlier example, the lender can add a uniform 17.6% extra to every borrower. Then the final interest rate charged for borrowers with different default risk would be as in the table below.

The other way to go is risk-based pricing that uses the below formula.

The final interest rate charged using risk-based pricing would vary as indicated in the table below.

The second case would make for equitable and fair pricing wherein individual borrowers are charged interest rates proportionate to their default risk.

The beauty of this methodology is that it allows lenders to offer eligible borrowers loans at competitive prices. Having measured risk accurately, FinBox DeviceConnect gives lenders the ability to control risk, and at the same time exploit the benefits of risk-based pricing.

Evaluation is critical for evolution. For the credit-decisioning model to evolve and advance, regular appraisals are a must. FinBox DeviceConnect not only executes but also learns as it executes. And it generates valuable insights periodically to recalibrate the model for higher performance. Let’s understand this through an example.

Consider how grading happens in schools (60-69% - Good and 50-59% - Average). The thing with grading is that it divides, whether it’s students or borrowers. A mere one percentage point difference could push you down to ‘average’ or raise you up to ‘good’.

A cutoff of say 60% would deny a student who scored 59% an opportunity though his/her performance was not significantly poorer than a student who scored 60%. This is rather unfair. So, how do you ensure that the student who scored 59% also gets a fair chance? The same problem extends to borrower segmentation as well. Borrowers who fall below the specified risk threshold because of a marginal difference could lose a chance at credit altogether or may have to pay a significantly higher price. Here's where FinBox DeviceConnect steps it and makes the lending exercise more fair. It investigates every portfolio to find merit in expanding or contracting risk thresholds and accordingly suggests tweaks that help optimise performance of the decisioning model.

Here’s another example to show the diversity of checks that the model has in place. The decisioning model is also trained to catch deviance.

For instance, should FinBox DeviceConnect detect a suspiciously large number of applications from a specific geolocation or WiFi Server, it raises red flags. It could suggest fraudulent activity; either it could be that someone has made a business out of securing loans for others by charging a commission, or that loan applications are made using credentials of unsuspecting customers or with stolen identities.

The nuances and complexities of how a fully automated ML-driven credit-decisioning model works are outside the realm of a common man’s imagination. Some of the depictions in the article have been highly simplified to help visualise what a real-world machine learning solution looks like. The speed, magnitude, and complexity of these intelligence tools can be dizzying. However, they are a business critical imperative for lenders, for that matter even non-banks and just about anybody in the business of lending. Because passing on higher cost of funds to customers no longer works in many markets. Lenders who offer competitive rates will gain the lion share of the market, especially during times of rising interest rates, and will have an advantage retaining it thereafter.

If you’d like to learn more about the machinations of the credit-decisioning models, stay tuned for our upcoming blog on credit risk modelling. To know more on how you can make risk your growth strategy download our whitepaper.