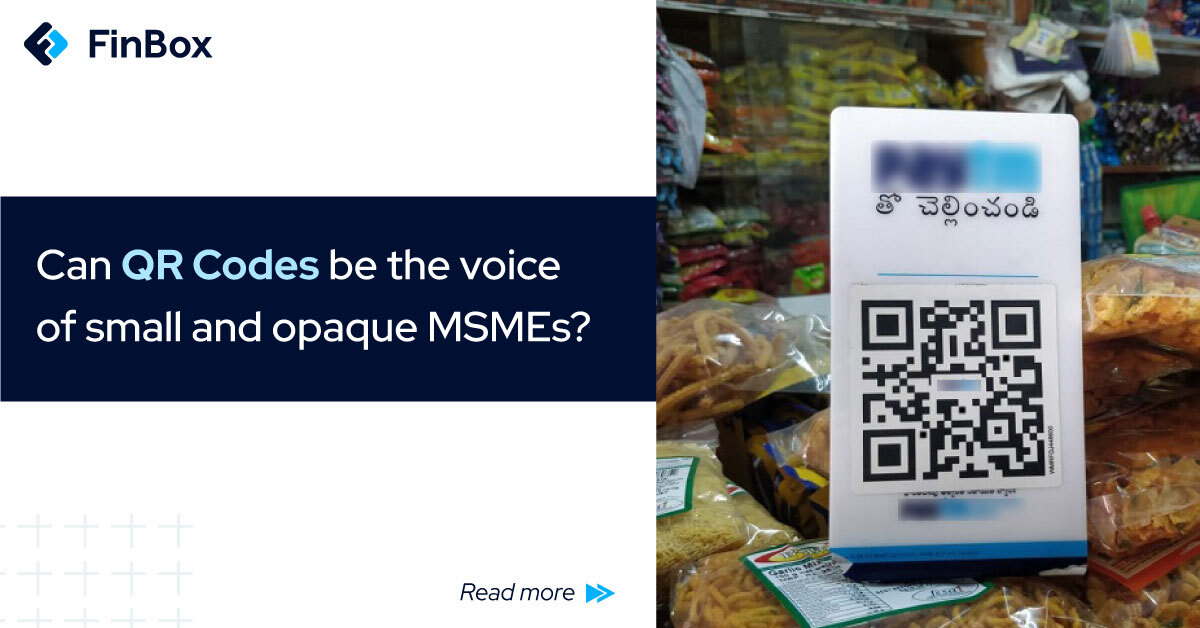 Interest rates are rising. A potential recession is in the offing. And credit will soon start shrinking.

Unsurprisingly, MSMEs will pay a heavy price — one that they may find hard to recover from. You may ask, “why?” Because any increase in the repo rate will immediately translate into higher borrowing costs for small businesses as their loans are linked to external benchmarks — unlike internal benchmark rates typically used for large corporate loans where transmission is relatively slow.

MSMEs are undoubtedly the most affected by the turn of the credit cycle, and the government is mindful of this and is concerned by it. After all, MSMEs are the growth engine of the Indian economy, and if they are credit-constrained, then economic recovery is bound to delay.

In attempts to fix this, the government amped up the Emergency Credit Line Guarantee Scheme (ELCGS). But these are short-term crisis responses — mere band-aid solutions. The bigger question remains — how to protect MSMEs in a more structural way from the cyclicality of bank lending?

How can 50.7 million enterprises (80% of the 63.4 million MSMEs in India) who have no access to formal credit, prove their creditworthiness to get working capital loans, that too when the economy is grim?

Well, the answer is digital payments footprint, for they tell the MSME story like no other data source.

MSMEs that operate on e-commerce platforms are integrated into the big tech ecosystem, and hence have been enjoying benefits of new-age lending such as embedded credit, supply chain financing, and cash flow financing, for some time now. But what about small, family-owned shops that operate offline and make up almost 90% of India’s ~$900-billion-a-year retail market? Here’s where QR codes shine!

QR codes have made payments data collection of small businesses operating offline a piece of cake. Its reach is impressive, they are now in the far-flung corners of Northeast India. This is mainly because accepting payments via UPI QR code incurs no costs in the form of transaction charges or monthly subscriptions. Compare this to the cost of PoS terminals, which ranges from ₹8,000 to ₹12,000, and in addition, the annual operating cost of ₹3,000 - ₹4,000 per terminal.

Hence, it’s not surprising that UPI now accounts for 15% of retail digital payments in the country, from being non-existent five years ago. A whole ecosystem has evolved around UPI, annd QR Codes are at the heart of it. The rise of QR codes in the last couple of years is unprecedented (see the chart below). 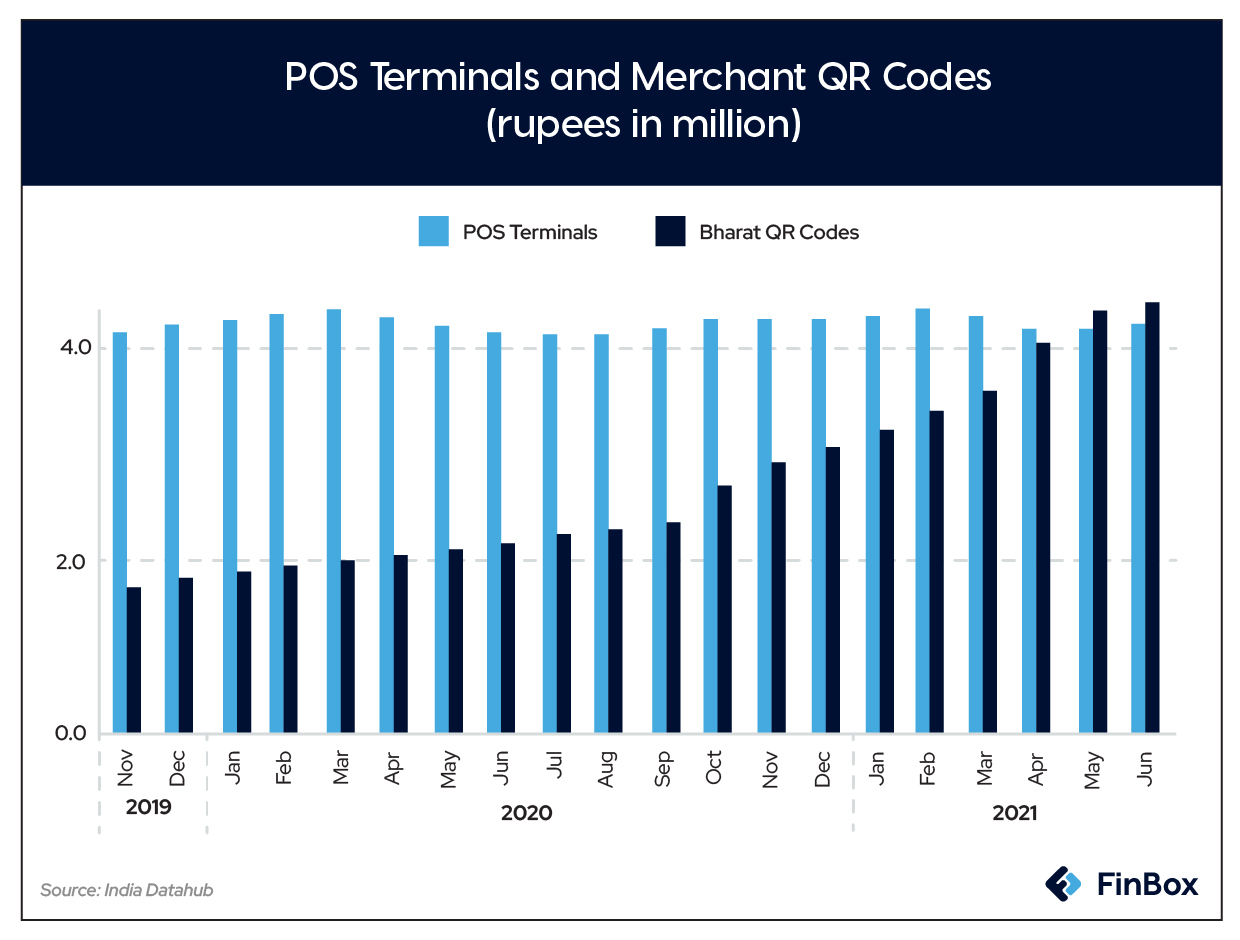 In fact, QR codes aren’t just popular, but becoming inescapable. Mint did a story on how even beggars in India’s poorest state Bihar have caught up with the digital financial revolution. Interestingly, for one beggar, alms collections doubled to ₹300 a day after switching to QR codes — that is roughly $4 more than the average daily wage for a farm labourer in Bihar. Well, UPI QR codes have made even almsgiving seamless.

Besides boosting sales for kirana stores, what it also does is give QR code issuing companies a full view into the financial lives of millions of merchants who were off the radar for the longest time. This would lead to one outcome i.e, financial inclusion, with different implications for different stakeholders.

For QR code issuing companies, it’s valuable data that could transform the unit economics of lending to the bottom of the pyramid. After all, these companies aren’t really betting on the business of payments to break even.

To create serious revenue streams, they have to venture into lending, case in point BharatPe. The data from QR code payments offers tech companies the competitive edge they need to enter into the business of financial institutions. On the other hand, for MSMEs, their digital payments footprint offers them a chance to prove creditworthiness.

In fact, partnering with QR code issuing platforms to distribute credit could significantly cut down origination, underwriting, and processing costs as these platforms have a ready user-base they fully understand. Even better, such a partnership would make room for novel methods such as Equated Daily Instalments-based loans, giving lenders a strategic control over loan collections.

There’s a real-world example of the impact that payments data-driven credit can have on financial inclusion.

It compared loans provided by MYbank, one of the brands under Ant Group (a big tech company in China) with loans supplied by traditional financial institutions.

Here’s what it found. 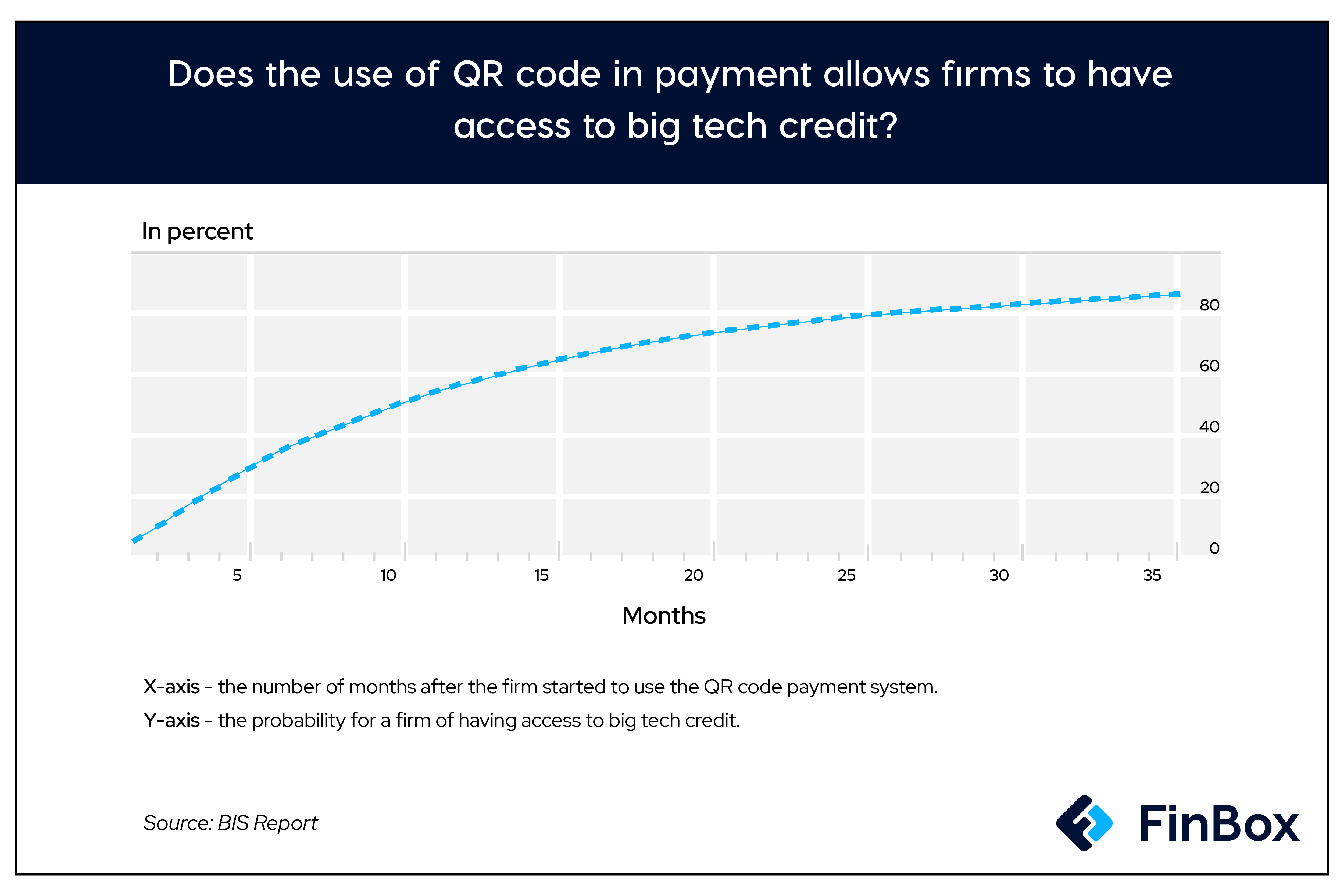 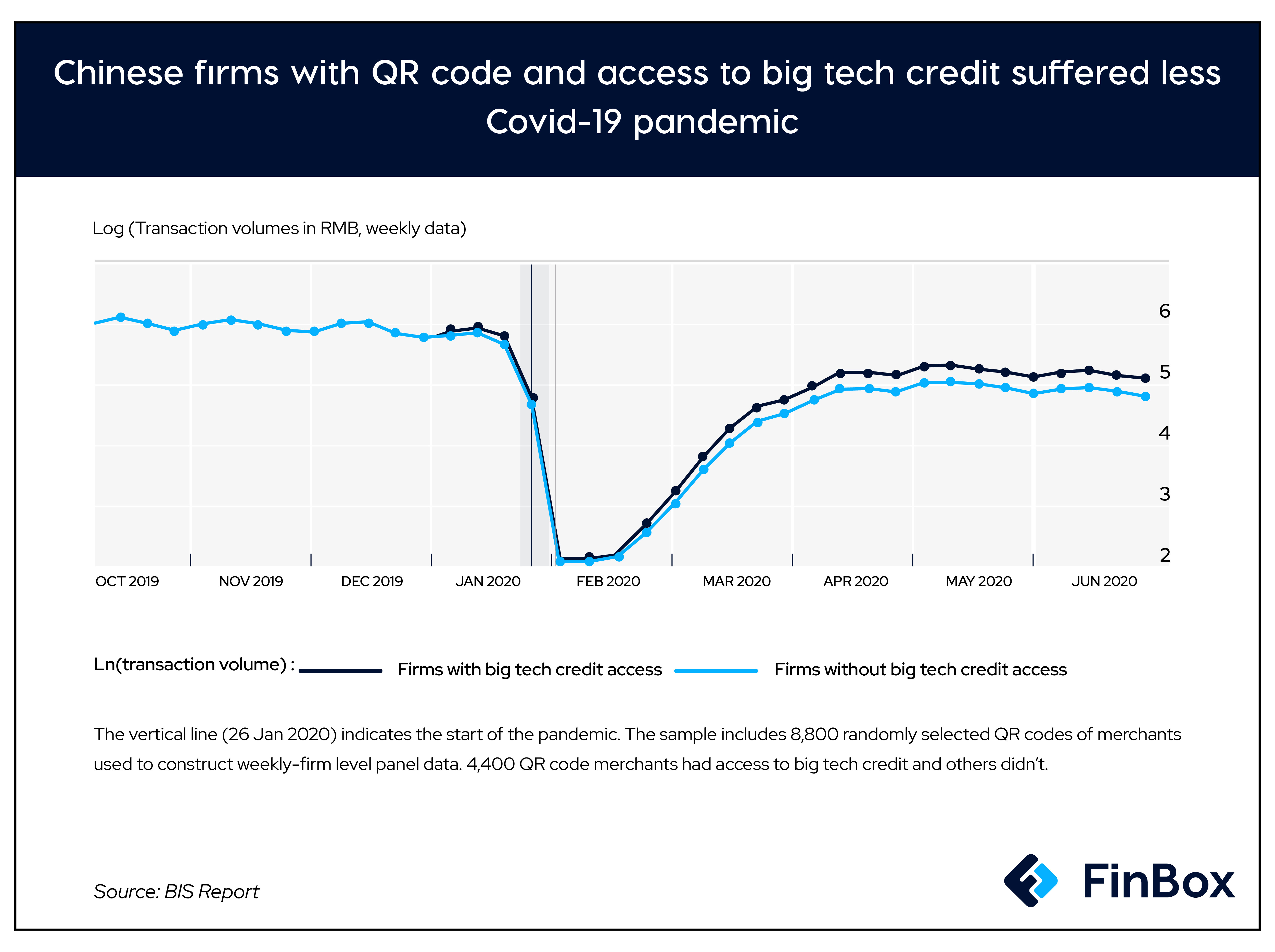 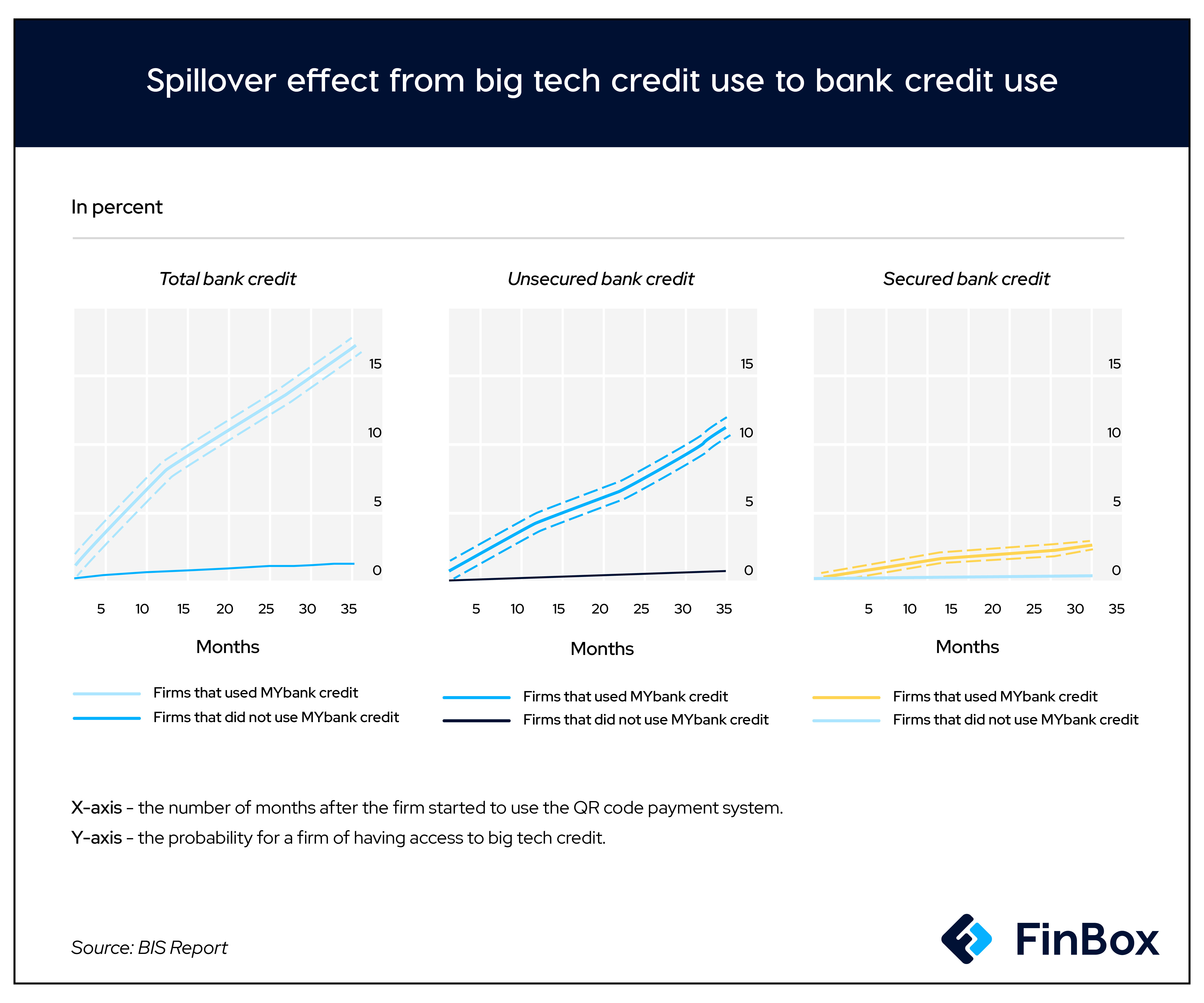 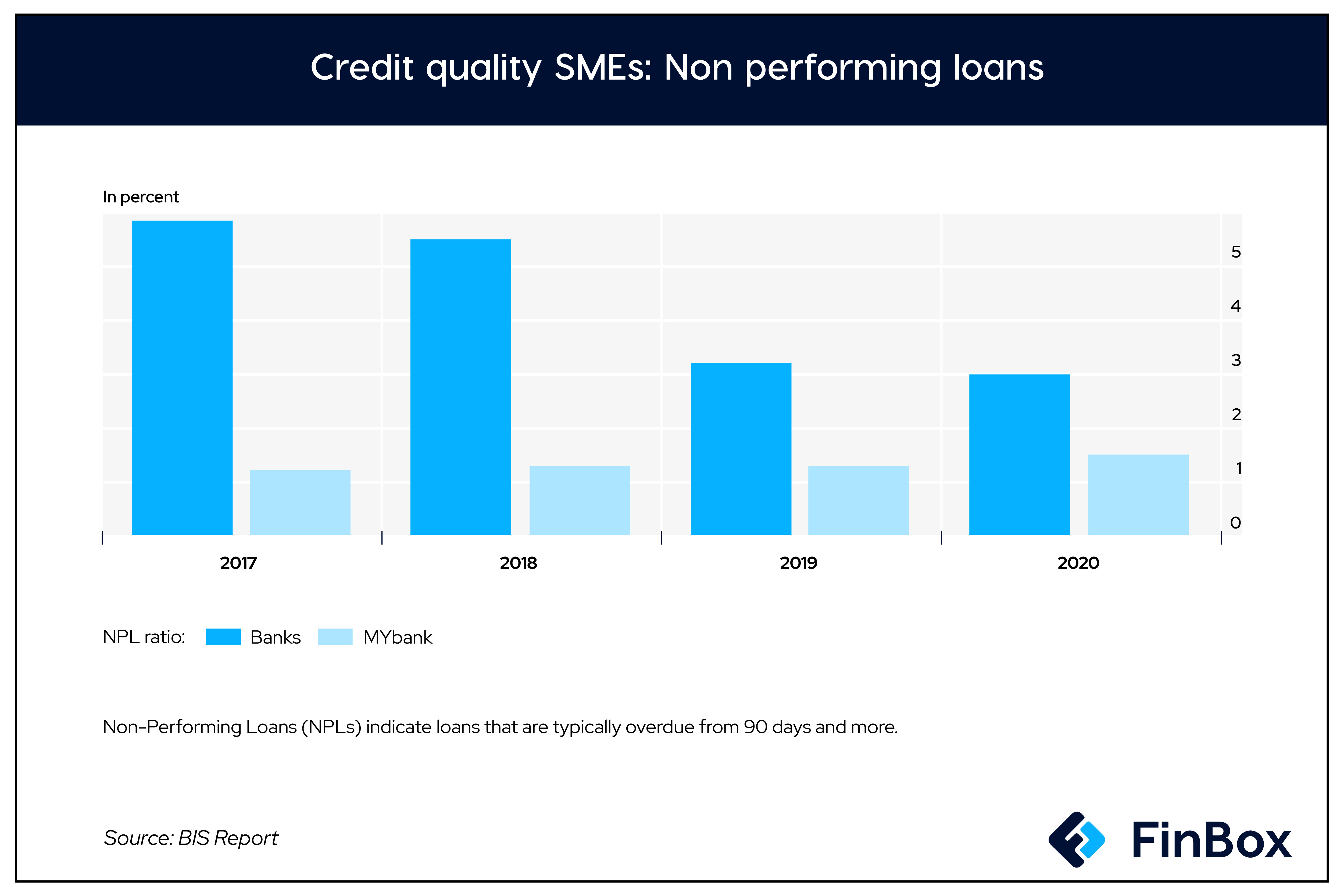 UPI based QR code payment terminal data offers a realistic chance at financial inclusion. Besides delivering credit where it's due, it could bring millions of merchants into the mainstream view of traditional lenders. All this while significantly improving the quality of loan books of lenders.

Because these QR companies acquire valuable, real-time financial information, they can also more easily adapt their lending conditions to changing circumstances, say economic shocks. This allows them to continue to lend to MSMEs on more favourable terms even when a crisis hits.

The sum and substance — MSMEs would have access to credit even during the most trying times; banks can grow their loan book and improve asset quality; QR code platforms benefit commercially from partnerships with lenders and can cross-sell other financial services and products.