How are banking apps’ lousy UX weighing them down? 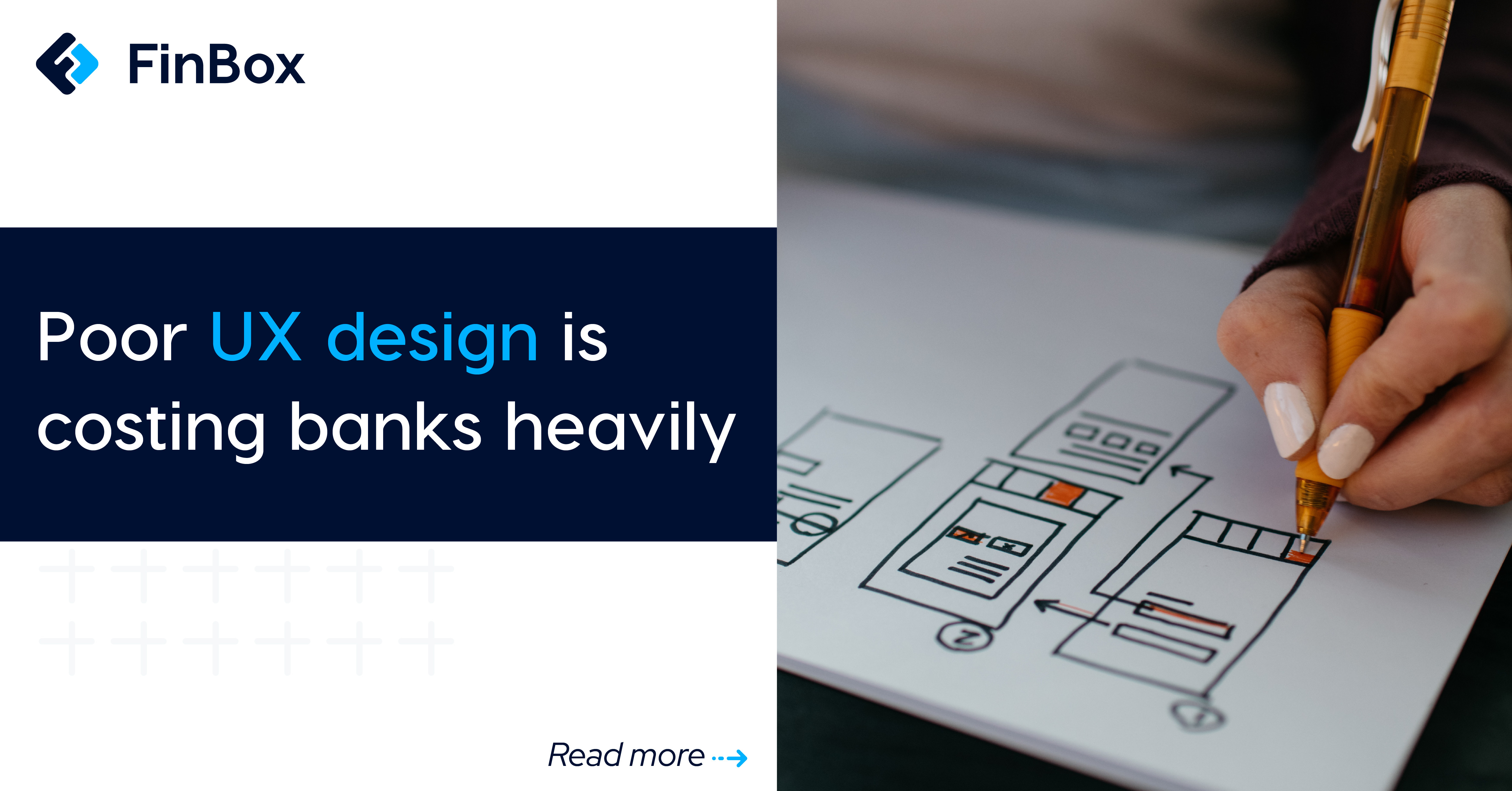 Mobile applications have taken the financial world by storm. The global finance app market is growing at a CAGR of 11.1% and is expected to reach $2.01 billion by 2028. Finance apps downloads in India alone surpassed 1 billion in 2021, with 28% YoY growth (see Fig 1).

However, the irony is that banking apps don’t figure among the most preferred finance apps — not even the apps of banks that went big on digital, except one or two at best (see Fig 2). 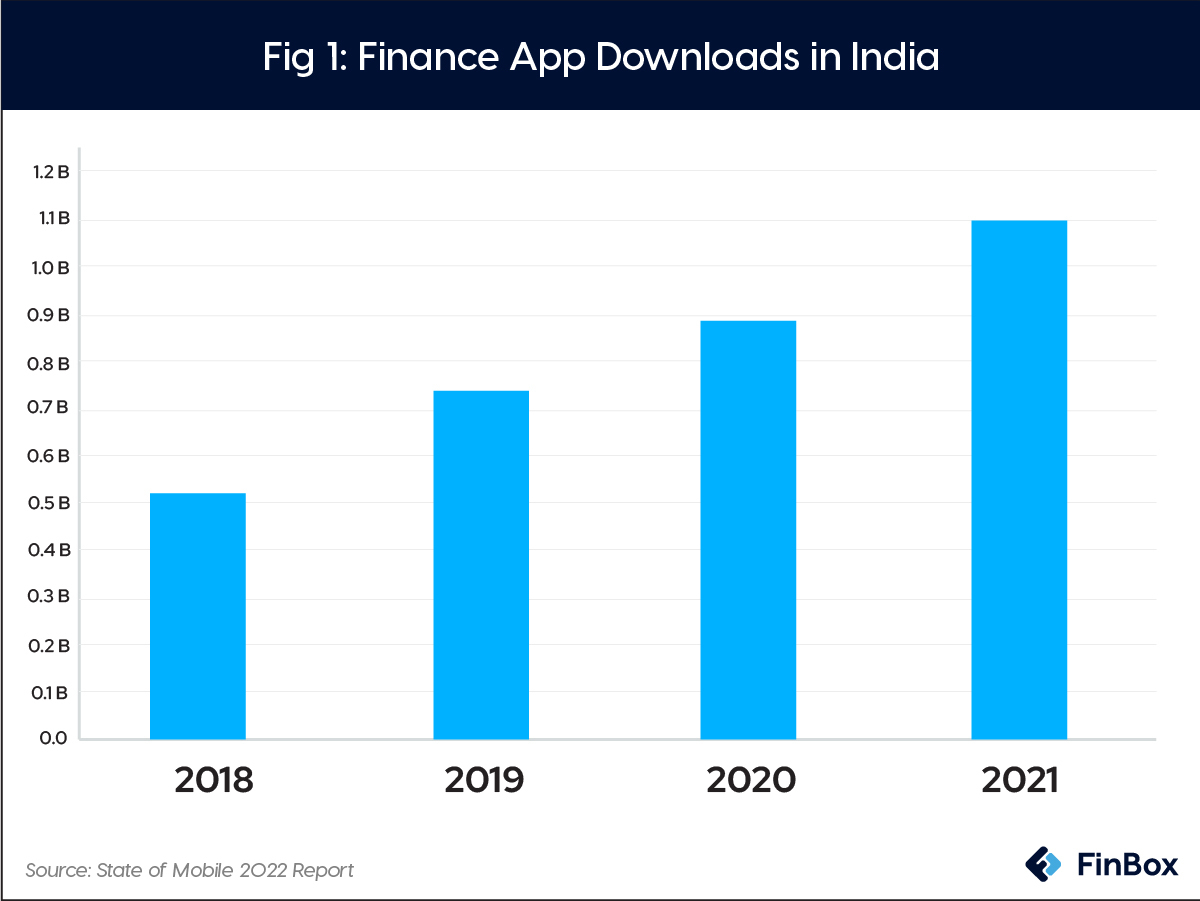 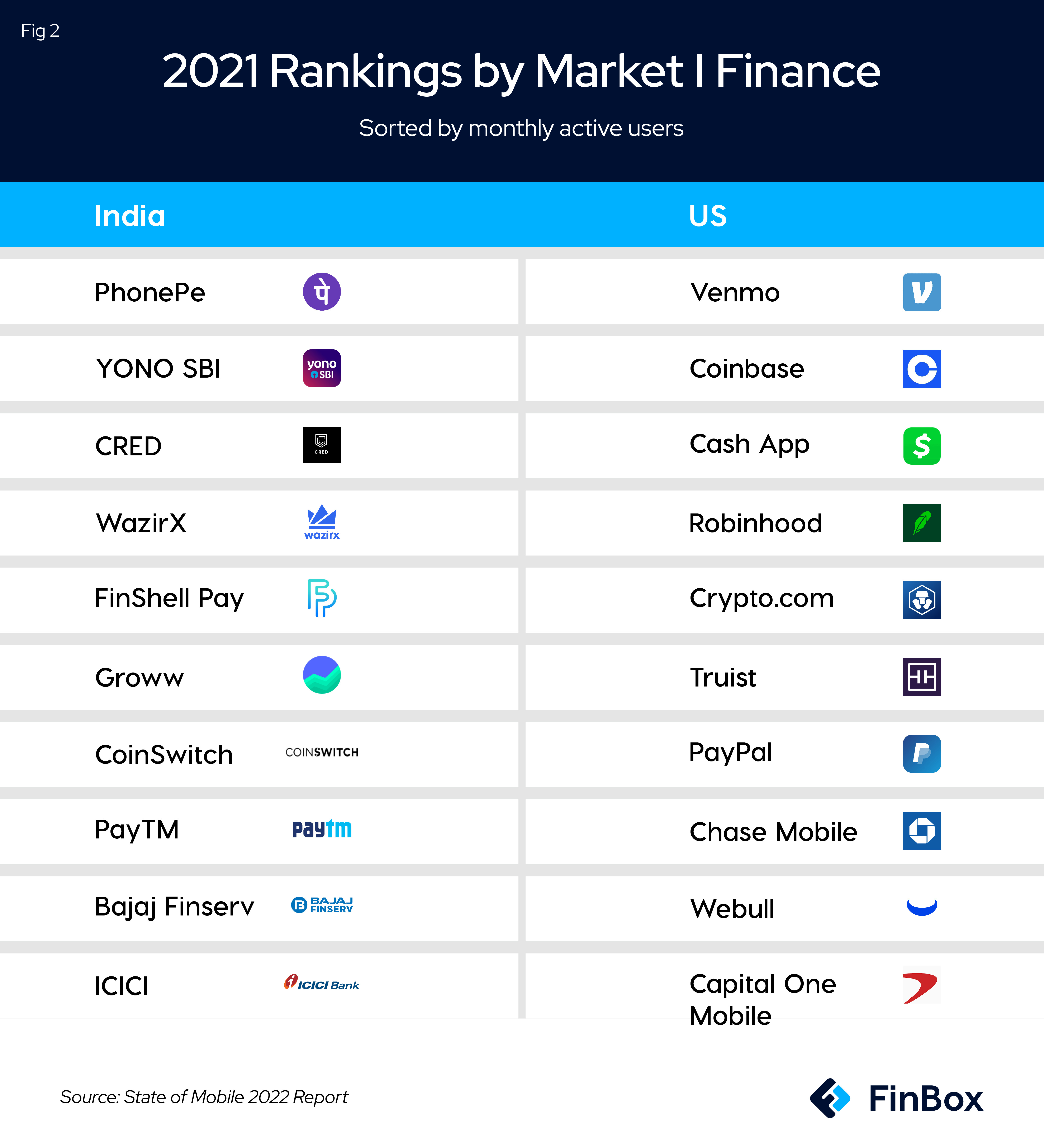 Clearly, fintechs are playing the first fiddle. It wouldn’t be surprising if the little traffic that bank apps do manage is by virtue of savings account holders who are on it for only the most basic account-related services and not because it’s their primary banking app. There are quite a few consumer surveys that suggest this could be the case.

Why are well-capitalised banks such digital laggards? And will they ever catch up? These are questions that have no ready answers. But what we do know for a fact is that if banks don’t catch up, it will cost them heavily.

Ralf Speth, the CEO of Jaguar put it rather succinctly, “If you think good design is expensive, you should look at the cost of bad design”.

There’s the infamous case of Citi that gives you an idea of just how much a poorly designed user interface (UI) can cost you. Well, it’s $500 million!

A transfer of what was to be $7.8 million ended up being $900 million. When Citi couldn’t retrieve the money, the matter went to court and the judge ruled against the bank, citing human error. But the bigger question is how did three experienced employees who vetted the transfer carefully expect the software to do one thing and it did another? Because the UX looked like this. Navigating an interface such as this required employees to study a heavy user manual, a classic case of utterly poor interaction design.

This whole debacle happened at Citi the same year (2021) it was named World's Best Digital Bank 2021 by Global Finance Magazine. If this is the UX of the world’s best digital bank, what chance does the rest of the banks have in the age of ‘instant loans’? One thing’s for sure, nothing about the image above indicates ‘instant’ in any way.

This is where technology players like ourselves step in. At FinBox, we champion design thinking not just while building frictionless user journeys for end customers but also while creating interactive, intuitive dashboards for all stakeholders involved. We build end-to-end digital credit infrastructure — whether it’s for lenders to disburse loans via their own apps or through their platform partner’s app. 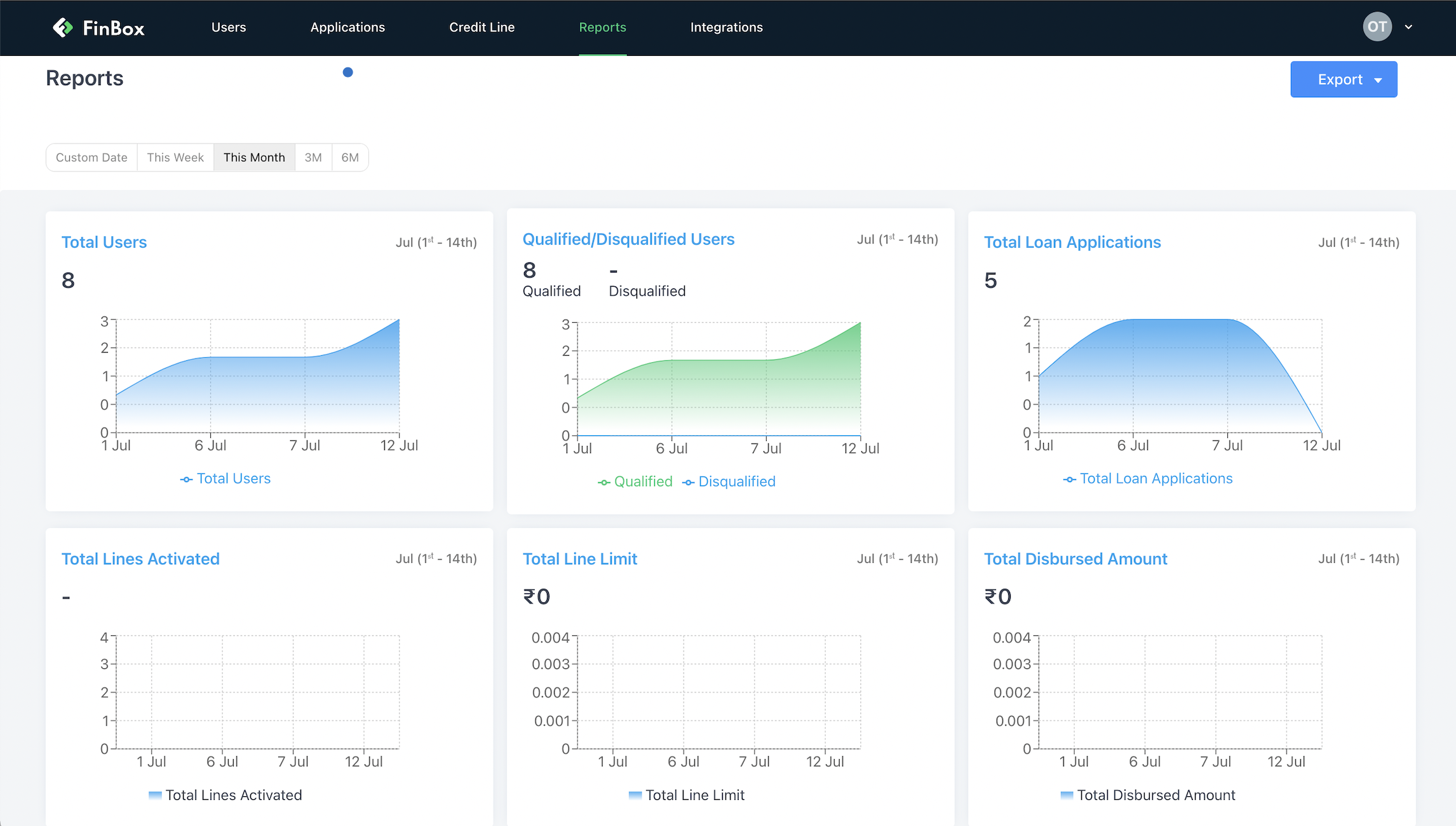 FinBox offers a host of features on its dashboard which allows all stakeholders real-time view into loan applications. Its easy-to-use features allow lenders to close pending applications in minutes. Our user-friendly dashboards help reduce cognitive overload (as analytics are visually represented for easy consumption) and mitigates user errors. 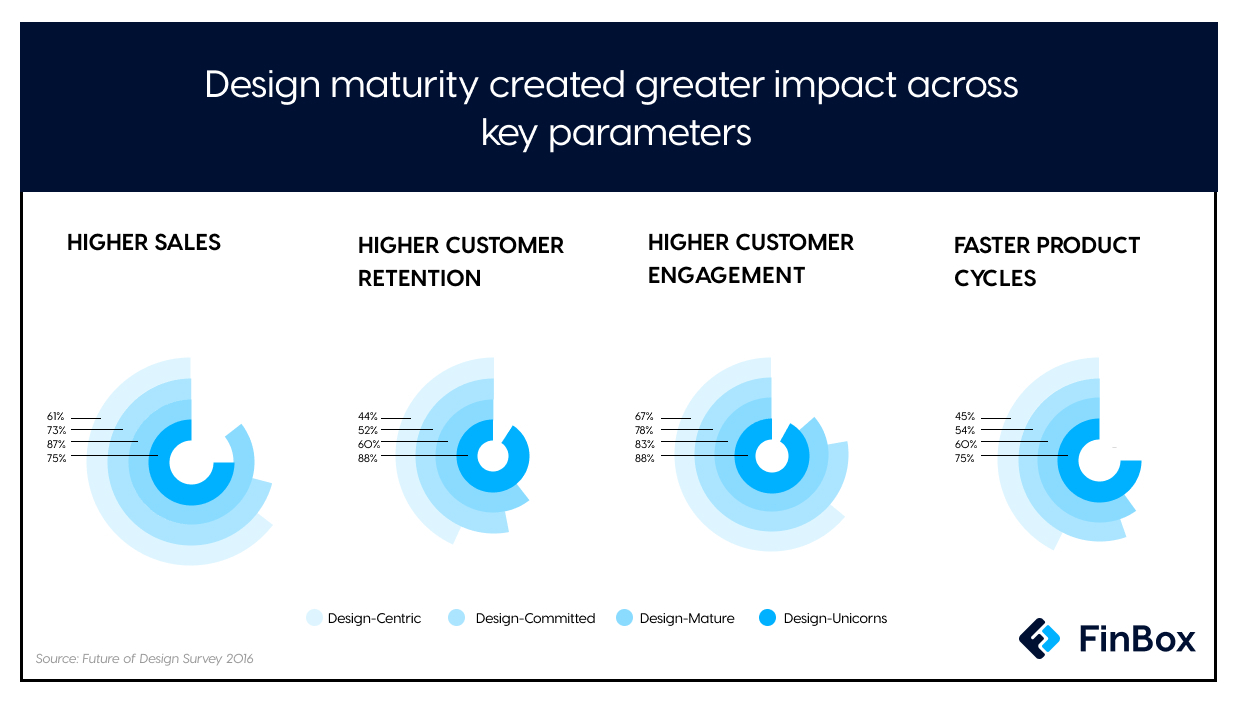 According to a 2016 study by Forrester, a well-designed user experience could boost your conversion rate by ~400%. Here’s a real-world example; Bank of America redesigned its mobile banking app aiming at driving convenience. Here’s what followed; a growth rate in mobile customers of about 195,000 per month and over 170,000 checks deposited per day via mobile, and a 3% jump in deposit transactions.

Good UX is critical — whether it’s a consumer-facing app or an app for internal use; there is merit in investing in UX optimisation. Research-based estimates suggest that every dollar invested in UX brings 100 dollars in return. That’s an impressive ROI of 9,900%. The proof of this is for the world to see. With superior UX, tech companies eroded banks’ share in the payments market, causing a major shift in balance of power (see figure below). 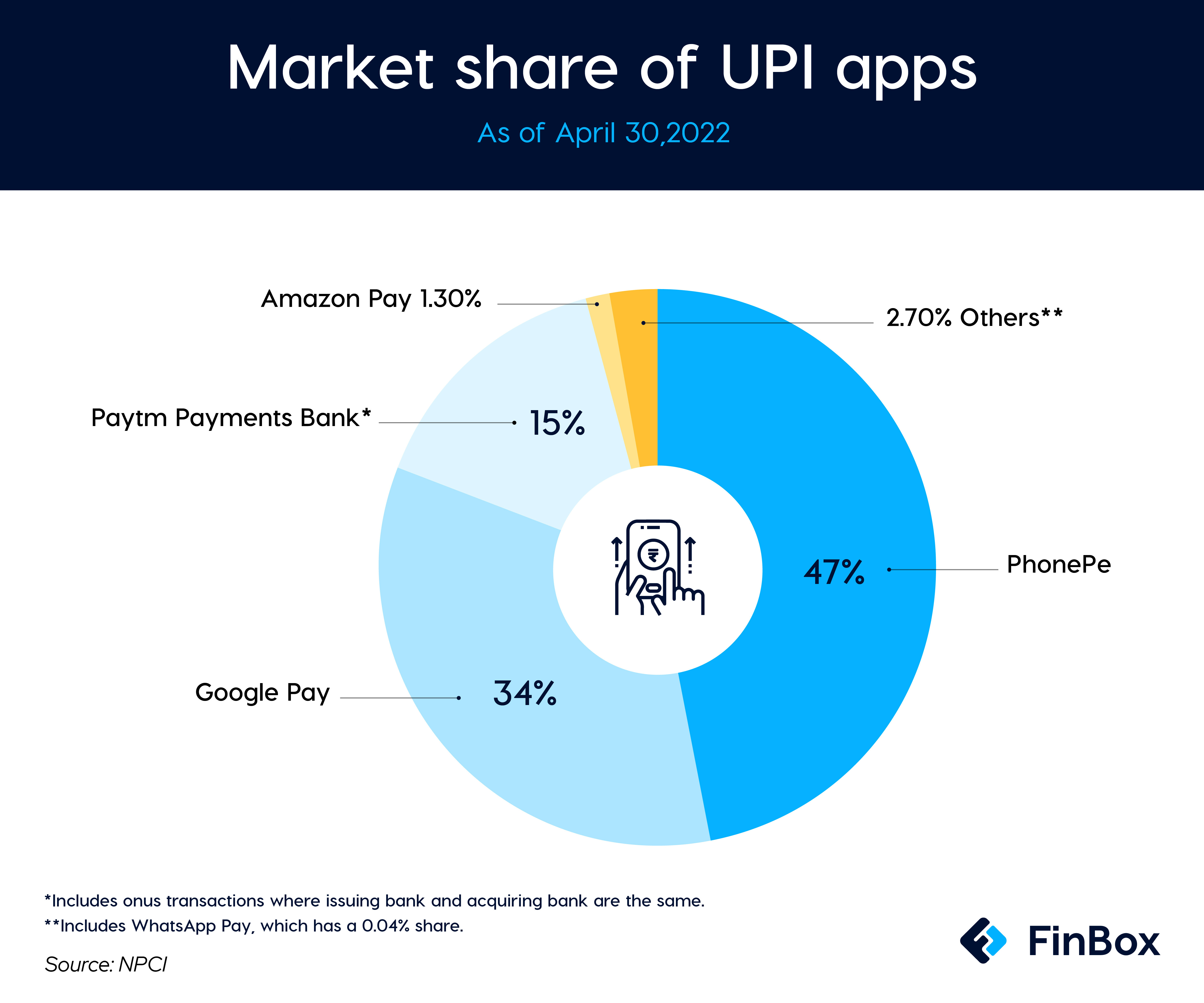 UPI has thus far been a loss-making proposition for banks. For the majority of banks, the remittance volume (money being sent out from their accounts) is larger than the beneficiary volume (money being received), making most of them net remitters, causing them to incur increasing fee expenditure. Except PSP banks (ICICI, Yes Bank, and Paytm Payments Bank), no other banks have any incentive to facilitate UPI payments. Add to it the misery of third-party apps such as Google Pay and PhonePe stealing their thunder. Come to think of it, banks lost their sheen to third-party apps’ UX strategy.

Design - the silent ambassador of your brand

Mention the word ‘product’ to a banker, and he/she would be quick to assume that you're talking of a loan or insurance or some such other financial product. An app or a website doesn’t even count as a ‘product’ to typical bankers. While digital transformation is high on banks’ modern agendas, somehow UX doesn’t seem to be a big part of it.

A great UX with smart in-app nudges could build a lot of room for upselling and cross-selling bank products. Yet, strangely, banks seem to have more faith in archaic techniques like cold call, whose success rates average between 1 and 3%.

There’s been much talk about banks emerging as ecosystem players. First, the banking apps and product experiences need to be reimagined and built from scratch. The digital ecosystem can wait.