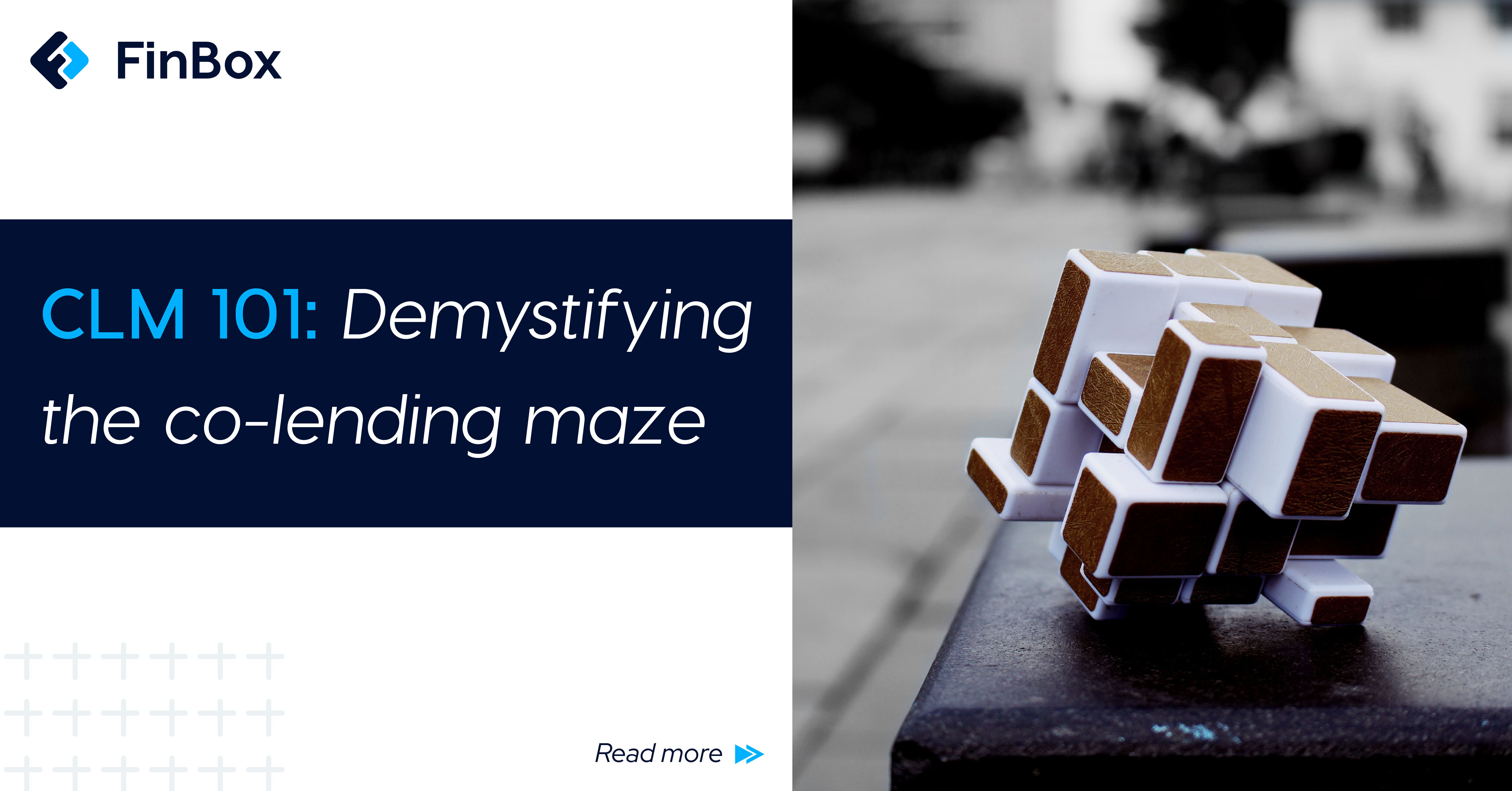 Co-lending is now trending! Last week, Bank of Baroda launched its own co-lending platform, targeting to build a 10,000 crore loan book. News of co-lending tie-ups between banks and NBFCs are on the rise. Third-party players also seem keen on jumping on the co-lending bandwagon. Some suggest that it has the potential to solve India's credit gap, which amounts to several trillion rupees.

So, what is co-lending all about?

Simply put, it’s the coming together of banks and NBFCs as orchestrated by the RBI.

Why should they come together? Because, there’s much that they can do jointly.

NBFCs have proven their ability to reach the last mile — thanks to local expertise, specialised knowledge, and efficient credit distribution systems. But they incur a massively high cost of funds — and this is a major impediment affecting their profitability.

Then there are banks, sitting on a mountain of cash. And the bulk of it is passed on to financial intermediaries such as NBFCs, MFIs, and housing finance companies for onward lending.

This essentially means that NBFCs do all the hard work of originating, underwriting, processing, disbursing, and monitoring loans to the bottom of the pyramid, while banks earn a fat interest for enabling access to funds.

This is a rather lousy approach. Hence, in the spirit of Ricardian economics, RBI devised a policy that would incentivise both banks and NBFCs to leverage each other’s comparative advantages.

Banks’ access to cheap funding and NBFCs’ impeccable credit distribution model — combine the two forces, and you have what RBI calls the co-lending model (CLM).

How does co-lending work?

You may think here’s nothing baffling about two lenders coming together to provide credit — the bank funds 80% of the loan while the NBFC funds 20% — sounds rather simple. What’s more, banks can grow their loan book, NBFCs’ liquidity problem is solved, and credit reaches the ultimate beneficiaries at an affordable price. What’s even better, CLM loans are considered part of priority sector lending (PSL), thus co-lending will save banks the struggle of meeting PSL targets.

Indeed, it looks like a package deal. Except that the devil is in the details.

Banks and NBFCs are two very different entities; getting them on the same page is easier said than done. Let’s understand why.

Under the CLM, banks have two options for sanctioning loans

A)  Non-discretionary arrangement i.e., an irrevocable commitment on part of the bank to take into books its share of individual loans as originated by NBFCs

Option A requires high-level coordination between the bank and the NBFC, wherein the two entities jointly originate, jointly underwrite, and jointly sanction loans. This is not easy. Imagine banks and NBFCs having to align on some 10,000 parameters to disburse a loan of ₹1,00,000. The collaboration challenge is massive and may seem insurmountable.

In comparison, Option B seems less arduous operationally, as NBFCs can single-handedly originate, sanction, and disburse loans and later sell them to the bank. The bank can accept or reject the portfolio of loans after checking for compliance. 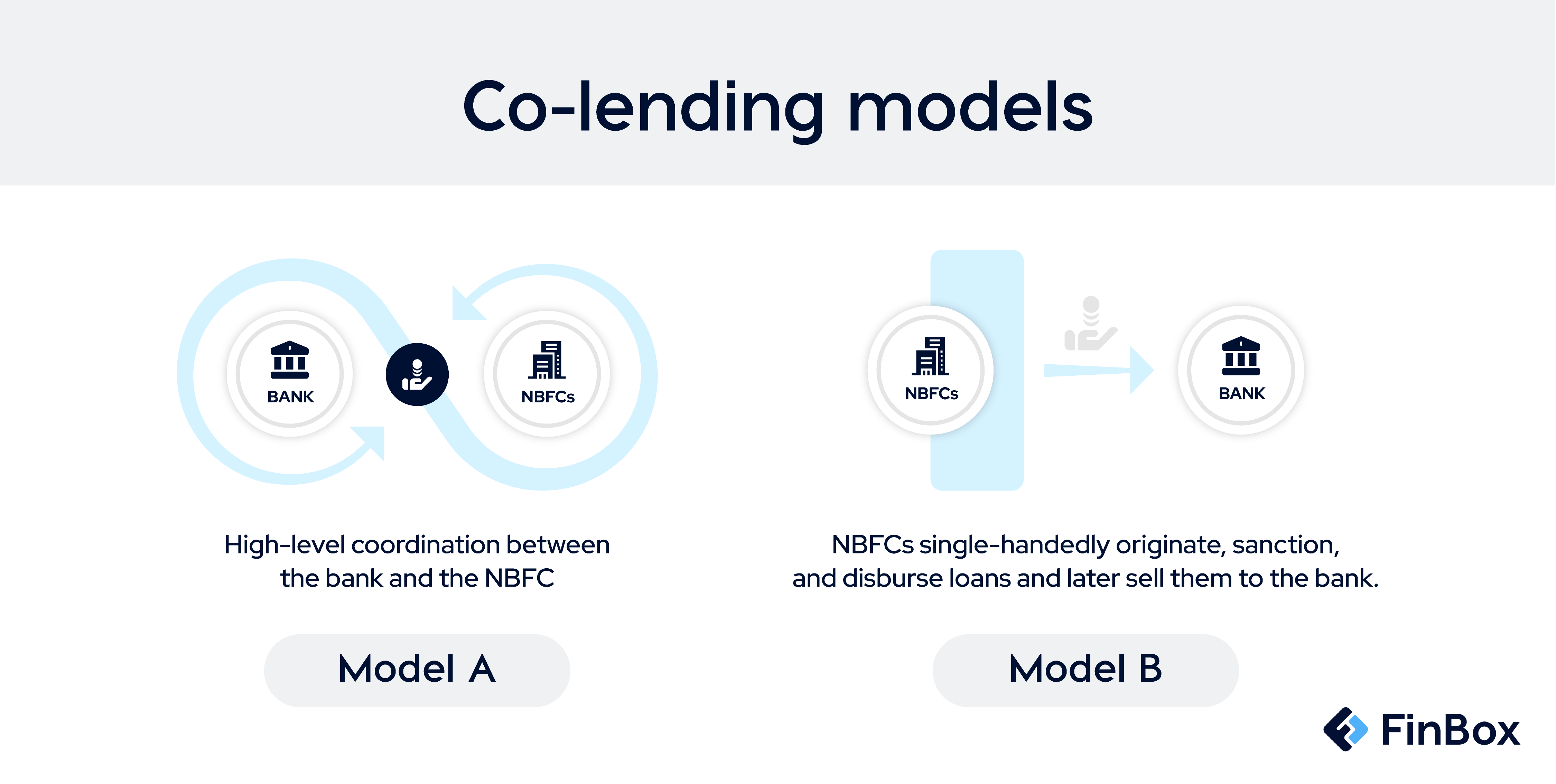 Simple in theory, complex in practice

To my mind, the coming together of banks and NBFCs is much like an arranged marriage. While both parties may have willingly entered the union, they are quick to realise that it’s a balancing act.

“Much like marriage, co-lending is a daily challenge. Banks and NBFCs operate on different systems, divergent underwriting processes, and distinct parameters. For the partnership to stand a chance, banks and NBFCs must be prepared for constant reconciliation of their distinct personalities, traits, and dispositions.”

Integrating the two systems to arrive at a common ground is no mean feat — for the intricacies make a complex web.

To help you imagine just how convoluted it can get, let’s assume that a bank and an NBFC engage in non-discretionary CLM (Option A). Now, you would assume that once the two parties have arrived at a predetermined lending policy, no matter how complex that process may have been, things will flow smoothly thereafter. Except that it doesn’t. The bank will still have to involve itself in the daily lending activities of its partner NBFC, as RBI does not allow banks to completely outsource core functions such as loan sanctioning.

Things get far more complicated as you delve deeper. Here’s another example. Each loan application requires the NBFC and the bank to agree on what type of interest rate must be charged — floating or fixed. Once this hurdle has been jumped, the bank decides on one interest rate and the NBFC on another, based on individual risk appetites for their respective shares of the loan exposure. Should they decide on a floating interest rate, a weighted average of the benchmark interest rates in proportion to the respective loan contribution has to be calculated. Should they choose a fixed interest rate, a final blended rate is arrived at. The complexity is dizzying.

The final consumer only cares about what he/she will have to pay at the end of the day. But it takes much meandering to arrive at a final interest rate under this model. 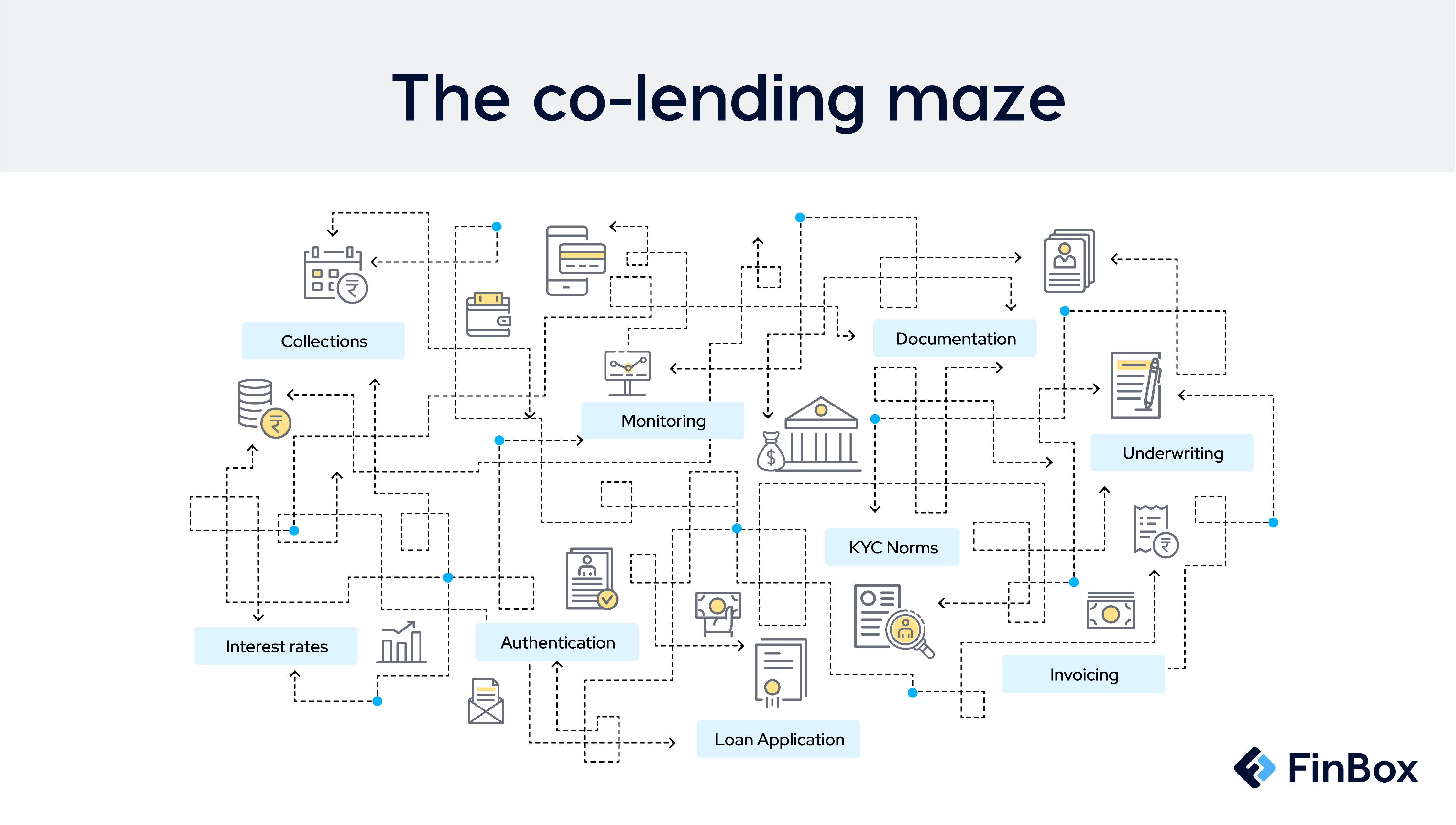 There are numerous facets that must reconcile, align, and integrate — ranging from the broad lending policy to the minutiae such as KYC norms and security creation to reporting, documentation, and internal audits. Such compatibility is not easy to achieve.

Clearly, RBI has blessed this union expecting it to be one soul in two bodies. That leads us to the question, is this marriage doomed from the start?

Banks and NBFCs are increasingly realising that great improvements invariably involve cooperation. However, currently, the information silos and integration challenges make tie-ups between banks and NBFCs tricky. Nevertheless, the key to a successful marriage is effective communication — any marriage therapist would tell you the same.

Banks and NBFCs should be able to coordinate and talk to each other real-time.  Here’s where FinTechs play cupid. They come in and deploy a well-architected network of APIs that centralises stakeholder communication in one easy-to-use platform.

This way, with a couple of API pull requests, lenders should be able to post their respective exposures in their books. A common dashboard can offer all stakeholders a full view of the escrow account through which loans are to be routed. Hence, each party can access a single source of truth.

The digital future of co-originated loans rests on smart contracts. Their ability to automate data and payment flows enable lenders to provide more efficient loan servicing and superior customer experience. For instance, if the borrower submits an electronic request to utilise a portion of an active credit line, a smart contract-based facility agreement can check if the request complies with the outlined terms and execute instructions, all with zero human intervention. Having said that, in the case of credit lines, interest rates tend to be variable, and therefore the smart contract may require data on benchmark rates from an external source to be able to assign the interest rate and complete the task.

Evidently, there is plenty of room for a well-crafted end-to-end technology solution to take over the space. Mind you, a global market estimated at $4.6 trillion p.a is there for the taking.

With predefined workflows, in-app communication tools, and process automation, technology can overcome the myriad barriers CLM raises. A single platform that navigates the maze to finally present a single loan agreement is the future we are gravitating towards.

All said and done, no matter how much technology simplifies matters, the co-lending space ought to be founded on trust. Banks and NBFCs have to meet halfway to make co-lending a reality. It’s becoming clearer by the day that co-lending cannot work unless it’s founded on relationships. And this is likely to be true even at a time when data aggregation technology reaches the supercomputing level.