How lenders can guard against fraud with FinBox DeviceConnect 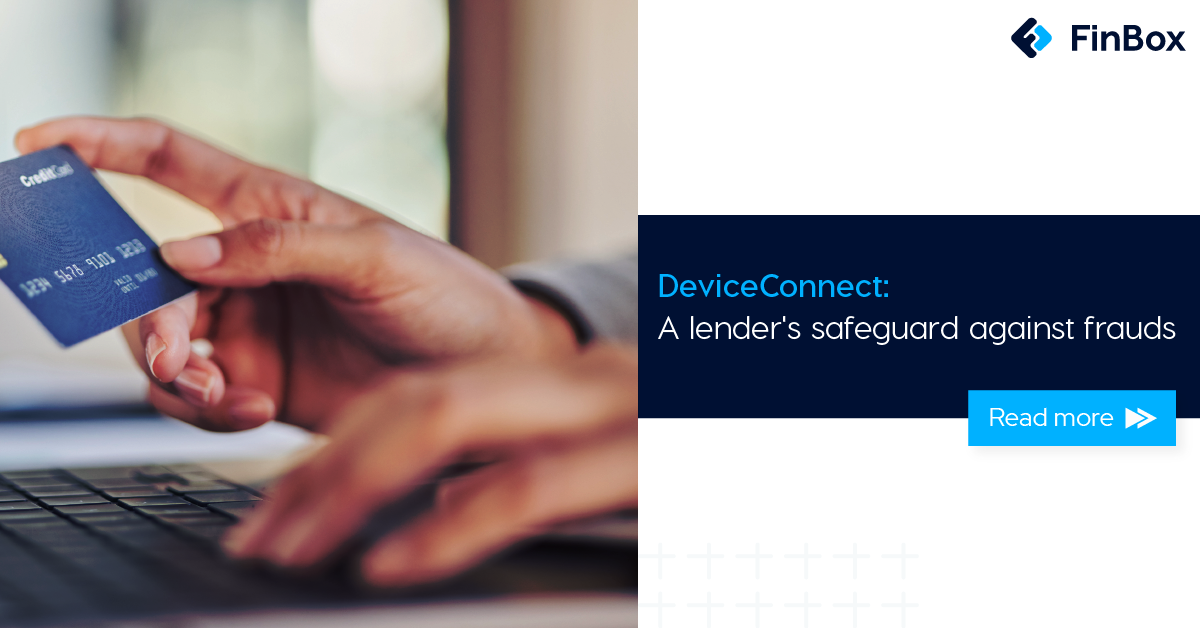 ICICI Bank recently released an ad film with a prominent Bollywood star. No, this wasn’t done to promote a swanky new product or a new division. Instead, the purpose of this ad was to warn customers of fraud - specifically, UPI fraud.

Earlier this year, the bank had sent an email to its customer base warning them of financial fraud conducted through social media.

Such instances just go to show that banking fraud - whether done against an individual or a lender - is almost like a living, breathing organism, evolving with emerging technologies. And that’s just one of the reasons why it’s become increasingly important for lenders to remain a step ahead when it comes to fraud prevention.

The Reserve Bank of India (RBI) data, which might miss a lot of unreported frauds, shows that frauds to the tune of  ₹60,414 crore were witnessed in 2021-22. “Collectively, the bank frauds have resulted in India losing at least  ₹100 crore every day over the past 7 years," reported RBI.

While different kinds of fraud emerge with time, they can broadly be classified into the following categories:

Identity fraud - One of the most pervasive fraud schemes is identity theft. Identities can be stolen, bought on the dark web or synthesized. Fraudsters can buy stolen credentials for as little as $15 on the dark web and they can be sold for up to $500 too. Synthetic IDs on the other hand incorporate disparate elements of real identities to look believable, such as a photo from one PAN card and an address from a different Aadhar card.

Behavioural fraud - Any deviation from regular programming could raise a behavioural red flag. If a potential borrower has installed/uninstalled lending apps in a window of say two months, or they’ve spent more than they usually do, or receiving more cash deposits than their usual salary credit can raise alarms on a well-trained machine learning model. A behavioral fraud then acts as an alarm for fraudulent activity and/or incoming delinquency.

Transaction fraud - Any transaction in the account that was not authorized directly by the card / account holder is considered to be a fraudulent transaction. But one could also consider as potentially fraudulent patterns like a business account hasn’t had any credit transactions in the last 15 or 30 days or even payments that are in oddly rounded numbers such as multiples of 100.

What is fraud detection?

Simply put, fraud detection refers to a series of activities or processes which aim to:

With the increasing complexity of lending operations and growing reach of digital technology, it’s imperative that lenders invest in Artificial Intelligence (AI) and Machine Learning (ML) based solutions that can assess fraud holistically and in real time.

FinBox DeviceConnect - an in-device risk engine - looks at various data points pertaining to borrowers, more specifically, the concentration, velocity, and periodicity of these data points, to flag applications as potential fraud, which should be verified by lenders before disbursal. 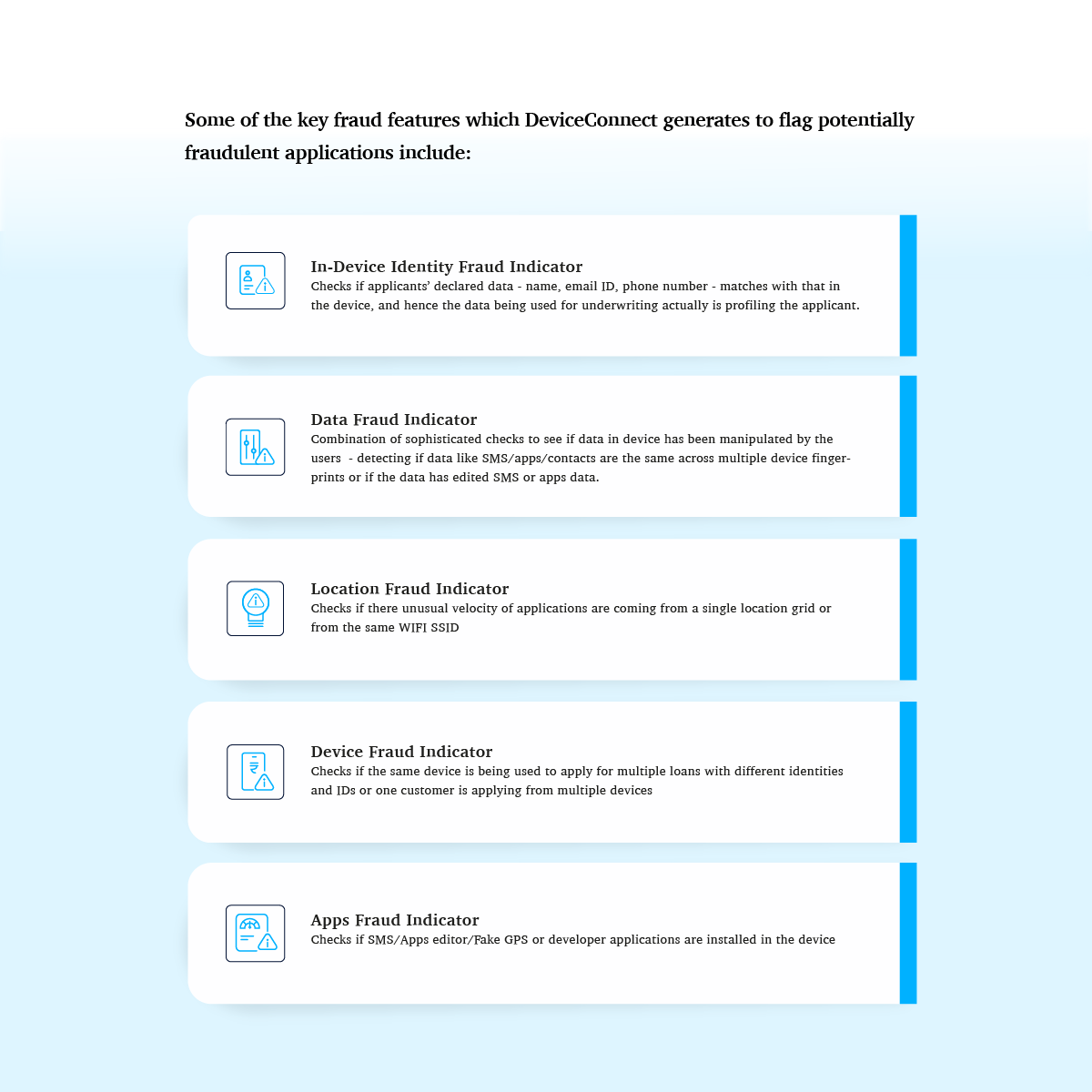 Fraud prevention is key to building a sustainable business, and building safeguards against it should be every digital lender’s highest priority.

It involves averaging data intelligence, such as that provided by DeviceConnect, adapting to new market practices, and implementing regular fraud checks, among other things. When done effectively, it can help lenders mitigate huge monetary losses and become a key differentiating factor between sustainable and transient businesses.

All it takes is a quick Google search on bank fraud in India to gauge the depth of the problem. As lenders leverage technology to build new products and improve their processes, fraudsters too continue to refine their methods and find loopholes in risk assessment processes.

It’s almost like a head-to-head race, and lenders simply can’t afford to fall behind. It’s a matter of time, resources, money, and most importantly, reputation.

The key to staying a step ahead lies in leveraging a modern risk engine that underwrites borrowers in real-time and assesses their applications based on comprehensive data sets. And that’s where FinBox DeviceConnect can be of real value.

To learn more about how DeviceConnect can identify and prevent different kinds of fraud for digital lenders, reach out to us here.