Leapfrog of the century: India’s envious march towards digital dominance 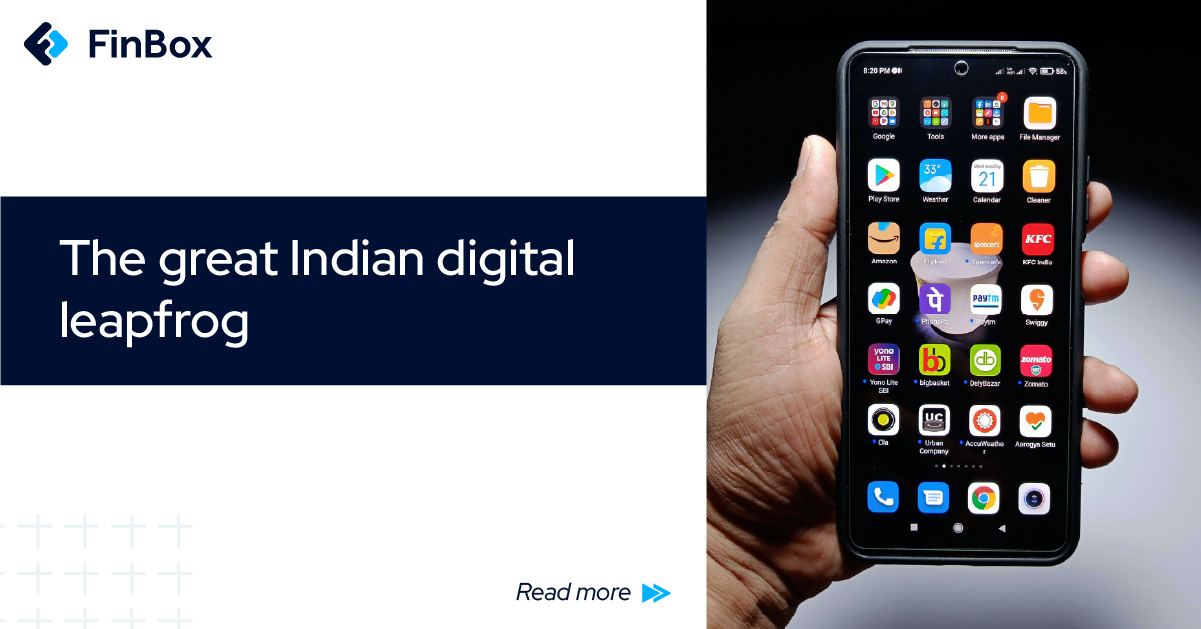 All of us have heard the tale of two Indias.One is a fast-developing cosmopolitan and technology-savvy populace that shops online and dines at Michelin star restaurants, the other is a laggard cousin that’s trying to upskill itself fast and enter the global economy. We call them India and Bharat - as if the country is cleaved into neat halves of people - the digital elite and the have-nots.

As riveting as this narrative is, it’s patently false.

This divide may have been strong once but it’s no longer the case. Now, there is only one India - a melting pot of contradictions, leapfrogs, and an accelerated upward digital mobility. As someone on the frontlines of trying to solve the problem of formal credit access through technology, it’s a reality one encounters every day.

Consider this - more than 50% of all e-commerce orders in India come from cities that aren’t top-tier metropolitans. An average Indian consumes more than 18 GBs of internet per month - almost double the global average of 11 GBs. At the same time, we have 750 million smartphone users - as compared to just 320 million feature phone users.

And landlines? We completely skipped the landline adoption.

There are around 23 million-odd fixed-line connections active in India - less than 5% of smartphone users. This is what a digital leapfrog looks like. It’s when an economy hops, skips, and jumps to directly upgrade its people to the cutting edge of technology.

The architecture of a digital revolution

While the country modernizes its physical infrastructure, its digital infrastructure has grown by leaps and bounds. With the revolution kicked off by the Digital India program, we are on a path to hyper-digitize businesses, data, processes, and even public infrastructure - payment systems, land records, and service delivery such as welfare distribution and subsidy transfers!

While it seems like a natural evolution, it’s a feat of massive proportion. In the western world, companies are still figuring out real-time payments - IMPS and UPI achieved this almost a decade ago.

The foundation of this digital infrastructure lies in JAM - Jan Dhan, Aadhaar, and Mobile numbers. This trinity powers billions of rupees of direct subsidy transfers to millions of Indians every month - completely digitally and with minimal human intervention.

Once we built the infrastructure, we learned to harness its power to build other use cases on top of it.

Very simply, one must lay down the rails before the trains can run. Now, we have UPI, GSTIN, e-KYC, e- sign, and Account Aggregation among dozens of other public goods that are the envy of the world.

The promise of an inclusive, prosperous future

How did India do this? What can we learn from this leapfrog?

For starters, India developed this digital infrastructure as a public good - this has allowed both the public and private sectors to innovate on top of this stack. Unlike the closed-loop, proprietary systems built by the private players, IndiaStack is open for all - and this enables seamless authentication, authorization, and transfers of funds/information transfers between institutions, intermediary channels, and citizens.

Second, it developed a strong legal framework around financial services. India’s Payments and Settlement Systems Act clearly designated the RBI as the authority on payments. The RBI then formed the NPCI - giving it enough operational freedom for innovation while maintaining regulatory oversight.

Third, the entire focus of this entire push has been to push entrepreneurship and ties well into the goal of improving the ease of doing business.

The local Kirana store now accepts digital payments, makes its financial accounts on apps, and accesses instant credit and banking services through the internet - and sells to the world through ecommerce marketplaces.

From raggedy khatas to neobanking

If one were to look at the current velocity of the technological revolution underway, a few predictionscan be made about what the future holds.

One, it’s all but given that the most thorny problems can be solved through this digital infrastructure. Be it land acquisition, land records, trade financing, contract enforcement, or doubling farm productivity - entrepreneurs are hard at work creating digital solutions for these centuries-old issues.

Second, the stage is set for deeper financial empowerment now that we have tackled inclusion. Prior to 2009, only 25% of Indians had bank accounts. Today, over 80% of the country is covered by banking services. However, just coverage isn’t enough and true financial empowerment comes when people actively access financial services wherever and however they like.

With the opening up of UPI rails for linking credit and digital banking initiatives by the policymakers and the regulators, we’ll see increased adoption of products such as sachet-sized loans for micro- entrepreneurs, cash-flow-based lending for MSMEs, and 100% digital and instant embedded finance use cases such as micro-insurance, investments, and working capital loans.

Third, the entire infrastructure will become exponentially more powerful once the network effects kick in. Powered with APIs at scale and across the entire network, the digital leapfrog will result in more inclusive service delivery, fewer frauds and leakages, and a state of innovation that allows everyone to build in India and for the world!

India’s prominence in the past came through its trade of everything from cotton to spices. Its future economic dominance will come from its fertile digital infrastructure producing the most cutting-edge solutions for problems that even the most developed countries haven’t managed to solve yet.