New-age lending calls for a new approach to underwriting 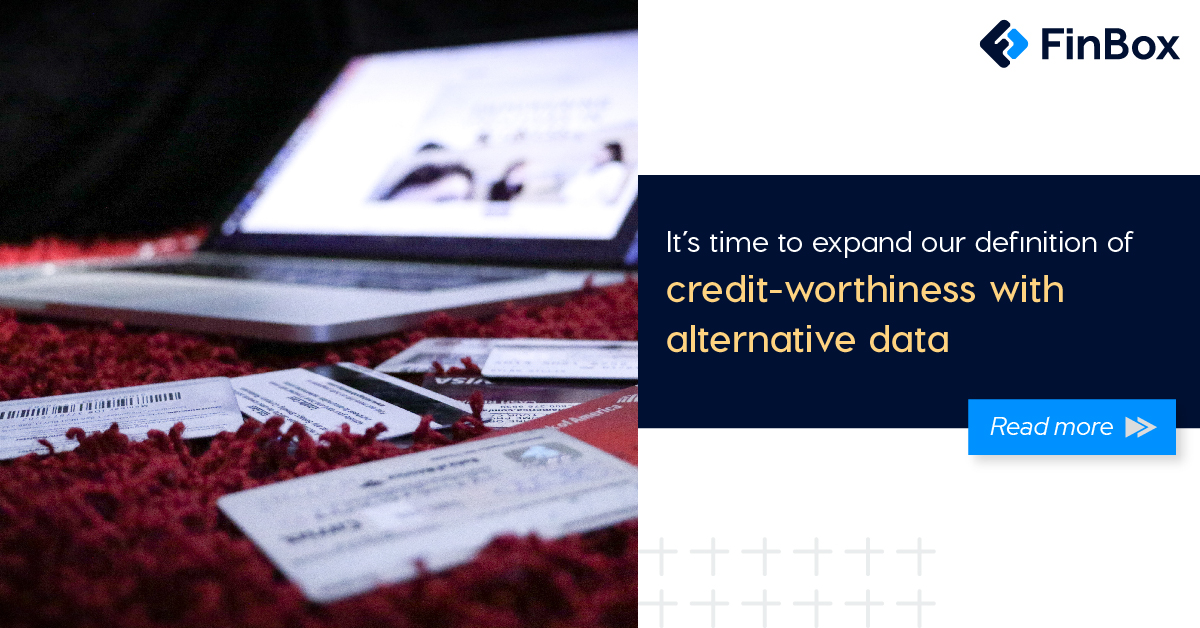 Are you obsessed with clearing your bills as soon as they arrive? Do you make it a point to invest more than you spend? These healthy financial habits could mean more than you think - now they could have a significant impact on your eligibility to borrow.

Credit score bureaus have primarily considered traditional data such as current debts, length of credit history, number of open accounts, and credit utilization ratio. The resultant credit score is used to assess a borrower’s credit worthiness. However, this method is increasingly proving ineffective when it comes to expanding credit to new-to-credit segments or those who have been out of the formal financial system.

Today, the credit pool is diversifying. New to credit customers are now increasingly from non-metro cities. They are young, and a major chunk are female. New-to-credit customers, by definition, do not have a formal credit history to show. However, can their appetite for credit be denied for this reason?

This is where alternative credit scoring comes in. It enables many who don’t have a credit history - both individuals and businesses - to take loans and repay them on time. As a result, it has powered the inclusion of historically unbanked segments, such as the rural poor and MSMES, into the fold of lending.

Alternate data sources could include anything that offers a proxy to the borrower’s willingness and ability to pay. It could be rent, utility, and cell phone bills, bank account transactions data, online shopping history, property records, device data, and more. While the use of such data has brought up concerns around privacy, increasingly strict regulations around data usage has allowed customers to share smartphone metadata with minimal risk of misuse. Additionally, an Experian survey found that 70% of consumers are willing to provide additional financial information to a lender if it would lead to fairer credit decisions.

A solution to the MSME credit gap

However, the use of alternate data isn’t confined to consumers. Advances in FinTech and the use of big data have transformed the ways in which MSMEs secure financing. New-age lenders use alternative data sources such as platform data, PoS data, and bill payments to help MSMEs get credit in an economy where much of their credit demand is left for the informal sector to fulfil.

This is specially relevant considering that the MSME credit gap stands at INR 25.8 Tn. Banks are traditionally risk-averse and seek to process loans which are likely to be repaid. For this, the proxy is traditional bureau data which most MSMEs don’t have.

Instead, these enterprises do possess rich alternative data on their smartphones which is also accumulated on digital platforms such as khata apps and B2B e-commerce apps.

Through alternative data and analytics, credit providers can assess an MSME’s credit worthiness based on the data of their actual business and day-to-day operations. Each data point can be assigned a specific weightage based on the nature of the business and the borrower’s ask. As a result, lenders can get a holistic view of the business’ credit worthiness, and disburse customized loans with flexible repayment schedules.

MSMEs have long believed that banks do not understand their nuanced credit needs and do not perceive them as a profitable borrower segment. A part of the reason why banks have failed to address this sector’s credit need is the lack of formal data and credit history on part of MSMEs.

However, the MSME sector contributes 30% of the GDP and employs over a 100 million people. It is the railroad underneath our modern economy. A credit gap in this sector can lead to second-order effects that could shake the broader markets too.

The sector will play a key role in helping India’s economy reach its ambitious $5 Tn target. However, growth cannot happen without credit expansion and working capital fulfillment - a charter that legacy banks have often failed to deliver on.

While the problem is complex and has a lot of moving parts, alternate data and new-age FinTechs with their partnership with ambitious lenders can help bridge the gap between credit haves and have-nots.