Ownership, learning, and growth - My journey as a software developer at FinBox 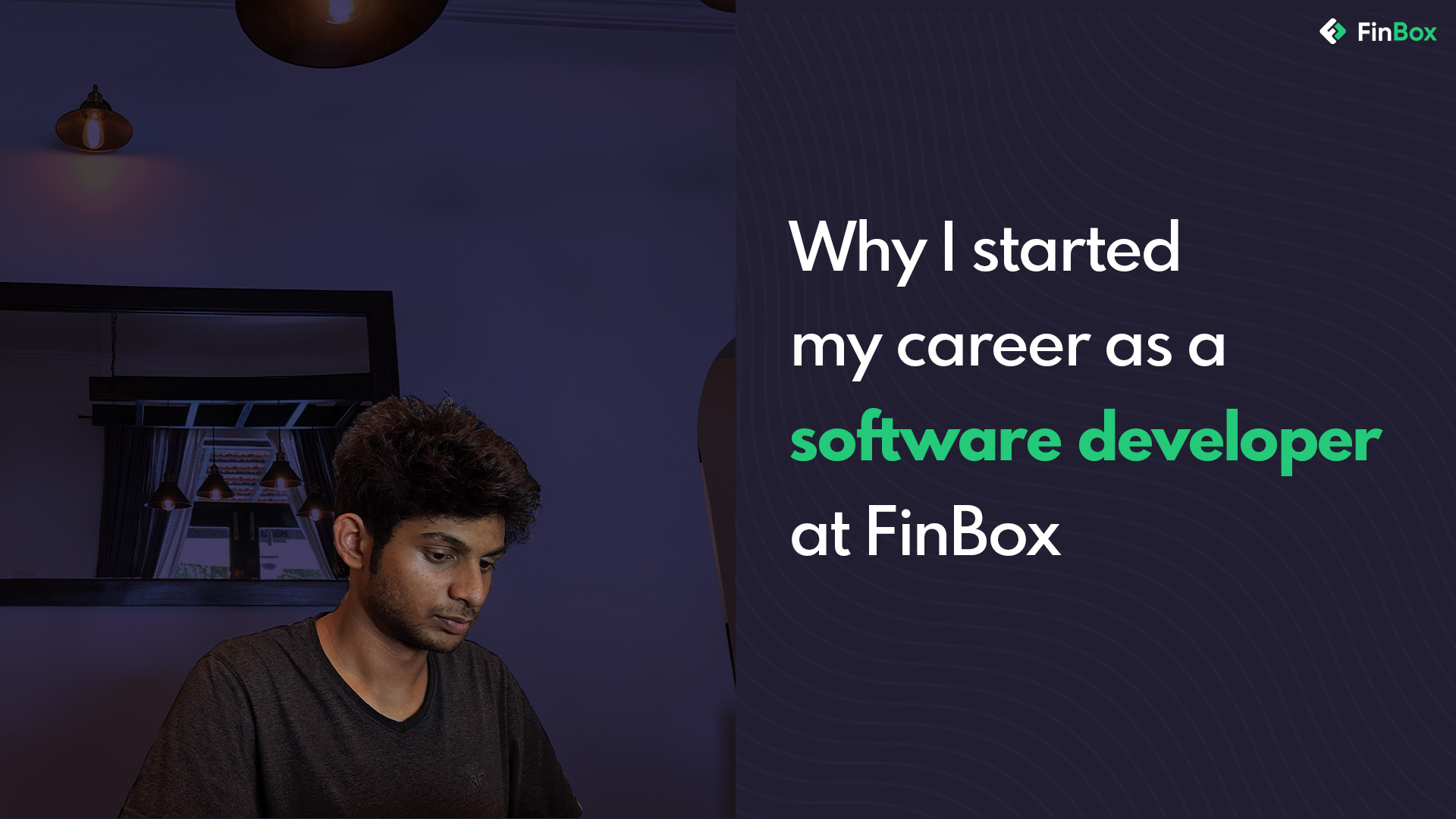 The first place you work at is incredibly formative. Your first job could be a 'rocketship' that propels you forward for the rest of your career. Picking the first company you work at is nerve-wracking as you try to manage personal goals, professional growth, learning, and the overall experience.

Having worked at FinBox for 4 years now, I realise in retrospect - while everyone looks for a rocketship, I got to build one.

I joined FinBox in June 2017 as a software developer, and as a fresher. I was the first employee to join the team. I entered the world of FinTech with FinBox. We were starting our journey of building cutting-edge technologies and tools that are now redefining B2B lending and digital financial services for the biggest and the best.

In September 2017, I pushed my first big release into production. Soon enough, it was getting 10,000 users per day. I could see the logs of 10k new users a day on one of the first pieces of code I had written in my professional life. It was both exhilarating and slightly unbelievable to see the kind of impact that something I created had made in the real world.

Over the course of the next year, I worked on various web-apps and data pipelines (which were ingesting more than 1 TB of data daily) alongside a 5-member team. Since that first code shipment, the journey has been nothing short of an adventure with the best mix of growth, personal development and a culture that rewards consistency without ever leaving one’s mental health and wellbeing behind.

Here is what I have enjoyed about being a developer at FinBox:

Ownership that makes you a leader

Developers at FinBox own not just the code, but also the product. It’s like being your own Tech Lead and also Product Manager. I had the opportunity to solve complex problems  and take meaningful calls in the projects I was driving.

I also enjoyed the freedom to experiment with various solutions when it was required and propose novel solutions to problems that didn’t really have a standard answer on stackoverflow.* This afforded me an opportunity to learn and also the excitement of exploring.

Many of my teammates joined as JavaScript developers, and then went on to deploy Rust, Golang, Python modules in production.

I deeply appreciate this freedom and opportunity to expand my skill set. This broad skill set helps in making product decisions.

I understood the importance of sophisticated tech while solving problems of scale, complex state management, costs, regulations - and that too rapidly. I learned about best practices, finding the best solutions, and understanding trade-offs.

This is baked into the software development culture. This also develops a rigor that pushes you to do better.

It has been a thrill to work at FinBox, alongside really talented people. Working closely with the business, product and founding team has been an enriching experience for me.

*I realised I should’ve contributed to StackOverflow more often :)