The role of India's smartphone revolution in enabling credit 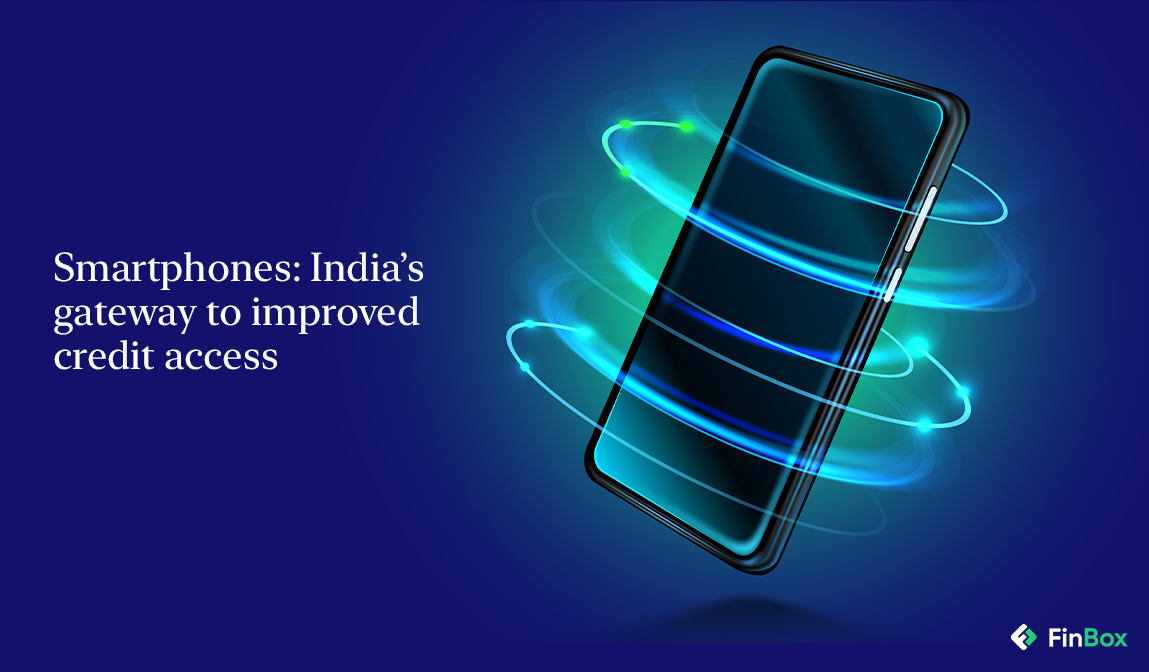 Technology access has traditionally drawn a line in the sand across the world, and much more sharply in India. Only the well-to-do urban Indians have had the privilege of getting their hands on the latest tools of technology, be it smartphones or personal computers.

Twenty years ago, only 2-3% of the population owned personal computers and landlines - symbols of affluence and a privileged connection to the outside world.

Cut to the present day, and 696 million Indians have access to smartphones, and 560 million of them are online - with three new users going online per second.  Mobile phones, that were a mainstay for the rich have evolved from luxuries to necessities. From the uber-rich businessman to a local auto driver, everyone now possesses the ubiquitous smartphone.

A treasure trove of data

Smartphones have become the vehicle through which we make multiple transactions - shopping on E-Commerce websites, transferring money through banking apps, paying bills via UPI.  The data generated becomes especially relevant in the face of an increasingly diverse new-to-credit pool.

It offers a reliable proxy to the borrower’s willingness and ability to pay in the absence of past credit history. At present, over 80% of banks, credit unions, finance companies, and FinTechs incorporate alternate data in at least some part of their lending decision making.

Alternative data from smartphones is used to construct ‘features’ or independent variables, which are then put through Machine Learning models to recognize patterns that differentiate between high-risk and low-risk customers. The process results in a ‘score’ that provides guidance for a lender to make an informed credit decision.

This alternative data is almost always used in addition to formal data such as credit bureau checks etc. In many cases though, formal data availability is minimal - such as in rural parts of the country or with micro entrepreneurs. In those situations, having access to flow-based indicators such as transactions, bill payments and tax returns etc become invaluable to lenders to make credit decisions.

Banking at your fingertips

What’s next? The popularity of smartphones is only set to increase in the next few years. Close to a billion Indians will own smartphones by 2025. Banks noticed their potential at the outset, and embraced mobile technology to reach larger sections of society.

Today, mobile banking has proven to be more cost-effective than physical branch banking - the cost of transaction through branch banking in India is estimated to be between INR 70-75, while that of mobile banking is INR 1 or less. However, mobile banking still has a long way to go. Only a miniscule proportion of the Indian population is comfortable in English, so it's imperative that mobile banking and digital payment solutions be offered in a variety of languages.

To this end, many initiatives from voice based payments to QR codes to even offline transactions are underway. In one such move, the Indian Institute of Technology Madras is set to collaborate with the Mobile Payment Forum of India (MPFI) to develop voice-based solutions, especially in multiple vernacular languages, for digital money transactions. Together, they are advocating for multilingual payment applications and grievance redressal in vernacular languages.

The continuing rise of smartphone access in India coupled with low internet costs puts the country at an advantage in terms of boosting financial inclusion. A number of FinTechs are focusing on offering fully-digital mobile financial services to those traditionally excluded from the formal financial ecosystem.

At the same time, these tech-first enterprises must also work to develop solutions that cater to those without smartphones - still a significant chunk of India’s population.Banks, which are also undergoing further digital transformation, must partner with FinTechs to develop financial products that are truly universal, and accessible with or without mobiles and high-speed internet connections.