UPI123Pay: The leg-up for India’s fintechs 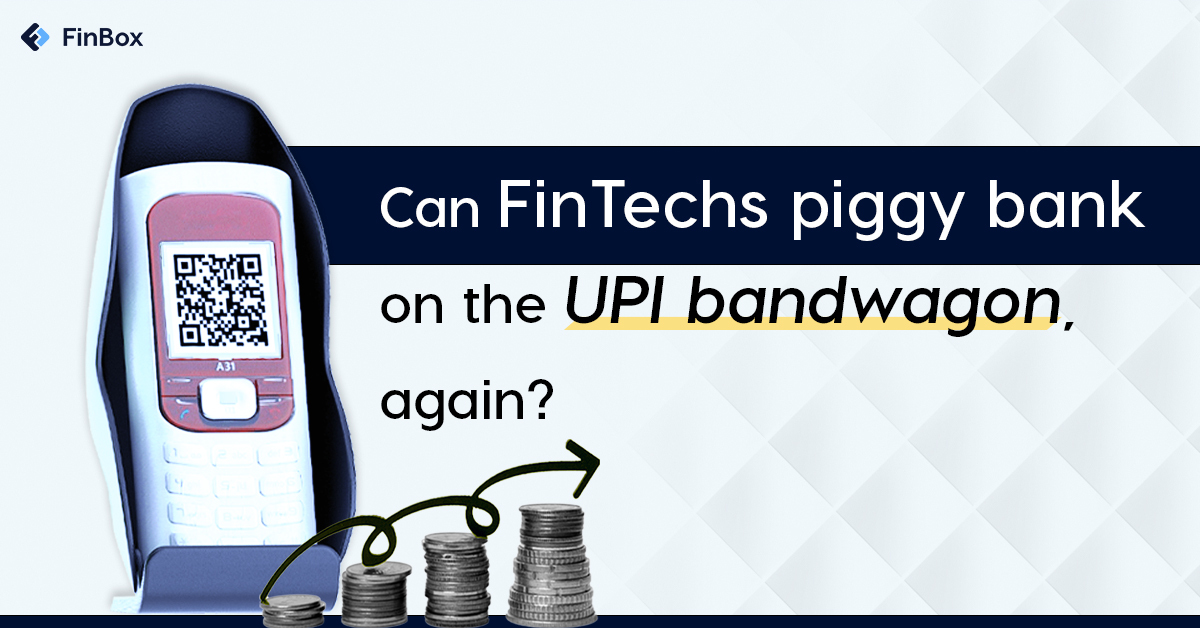 If India is a fintech hotbed today, a lot of it has to do with UPI. The rise of UPI is the story of a government-promoted infrastructure getting broad-based acceptance and adoption. In fact, UPI has dwarfed plastic card spends in the country. It’s because of how ubiquitous, accessible and easy it is to complete a bank-to-bank transaction on UPI in real time without having to do any of the friction-inducing OTP work or app downloads.

The only chink in the UPI armour so far has been its inability to reach people beyond the smartphone population. Now, RBI has announced that even that populace can now get onboard the UPI wagon through its new initiative called UPI123Pay.

There are more than 44 crore feature phone users in India (of the total 118 core mobile phone users). A majority of these users make up the low-income segments. They are not only left out of the formal financial system, but are also on the fringes of the plethora of smartphone-based UPI apps. It will materially improve options for such users, further the ease of doing business, deepen financial inclusion and feed the fintech ecosystem several opportunities to capitalize on.

But let’s not get ahead of ourselves. The UPI revolution is worth looking at in detail. The  impact it has already created and the massive opportunity it represents for improving financial inclusion, access to credit and innovation that reaches the last mile.

UPI - Key to the India stack

Every policy initiative in India has been geared toward financial empowerment. Be it the ramping up of bank branches and ATMs, introduction of Priority Sector Lending (PSL), or MNREGA.

But without a bank account, these policy initiatives could only go so far. In 2009, only one in five Indians had a bank account for the lack of standardized identity cards.

Running on the core rails of the existing payment system known as the IMPS, UPI took financial services beyond banks. It allowed fintechs to bring in a user-first mindset to financial intermediation with intuitive user interfaces and immersive user experience at scale.

Thus the focus shifted from policy intervention to innovation. UPI made room for fintechs to reimagine financial services, starting at payments.

Companies like Paytm, Bharatpe, Mobikwik and Google Pay revolutionized digital selling for everything from mobile recharge, bill payments, travel, entertainment to fastage, donations, challan, loans, gold, and insurance. They took the QR code and made it ubiquitous to payments in India.

As of Jan 2022, Indians conducted 456 crore UPI transactions worth about Rs 8.27 crore. Interestingly, a majority of these transactions were handled not by banks but by fintechs such as PhonePe, Paytm, and BharatPe.

In fact, UPI proved to be fintech’s entry ticket to almost all forms of financial transactions, beyond payments. From lending, insurance, banking to wealth management (IPO payments are now UPI-enabled), the whole nine yards.

The PMJDY, boasting of zero-balance accounts and insurance cover of Rs 2,00,000, was bound to be a thriving success. But despite the commanding numbers, 50% of these bank accounts lie dormant.

Reasons: the often untenable visits to a bank branch (especially for migrant gig workers) and lack of financial literacy (even as basic as using an ATM).

Recently, banks have enabled UPI linked with Aadhaar to enable non-debit card holders to access their bank accounts. While this helps, most hinterland customers are still dependent on their banks to access accounts.

A report by global social-policy data analytics firm IDinsight, found that rural women were trained in using the BHIM app but didn't have smartphones or reliable internet access.

Up until this point, efficient UPI access was only available on smartphones. Dialing the shortcode *99#, on any mobile phone, however,  enables access to UPI through NUUP (National Unified USSD Platform). But this option is cumbersome and hasn’t found the same adoption as internet-enabled smartphones.

The Reserve Bank of India’s (RBI) UPI123pay hopes to fix the gaps in digital payments. Considering there are more than 44 crore feature phone users in India (of the total 118 core mobile phone users), UPI123pay will materially improve the options for such users to access UPI.

UPI for feature phones is another key event in solidifying India’s digital financial services ecosystem. The PMJDY drive, Jan Dhan, Aadhar and UPI have all had utilitarian value in deepening financial inclusion, but not without  hiccups.

A USAID report emphasizes on the ‘last mile problem’ that persists despite the sturdy digital rails.

Think about micro enterprises, which account for 99% of Micro, Small and Medium Enterprises (MSMEs). A micro enterprise operating in a rural area, with no access to smartphones or the internet will most definitely be left out of the formal system. And sure,  the UPI123Pay can fix this problem with interactive voice response (IVR) numbers, feature phone apps, missed calls, and sound-based payments.

But according to Intellecap, an advisory firm working to serve the financially underserved segments across Asia and Africa, even if rural workers are adept in mobile payments, they’re still thinking about how they can convert the money to cash.

And here’s where fintech innovation comes in.

The cash conversion problem could be solved with fintech partnerships with local kirana stores where the UPI transaction receipt (generated either through feature apps, missed calls, IVR, sound) could be produced in exchange for cash.

Fintechs can address customer education, merchant adoption, supporting local languages, managing data and controlling fraud. They will also play a crucial role as the bridge between the government and the digitally nascent to create a safe, secure, and accessible financial ecosystem.

Think about it - Fintechs grew as aggressively as they did because legacy banks didn’t know how to cater outside their customer base; at scale, seamlessly, at a low cost, or with the customer experience know-how.

UPI was the pivotal moment for the India Stack and opened the hallowed gates for fintechs. It accelerated India’s financial inclusion trajectory, with the last-mile issues that are now being addressed.

At Finbox, an infrastructure provider for digital credit, our mission is to plug the financial inclusion gap for last-mile citizens with technology that turns every brand into a bank. Without having to write a single line of code.

We’ve painstakingly weeded out biases in traditional lending with our machine learning models trained on billions of data points. Our credit scoring capabilities are based on more than 5,000 behavioral and financial parameters, with 16 million personas - making it the largest new-to-credit (NTC) customer base in India.

UPI123Pay could prove to be an accelerator for fintechs- the affordable option that will eventually lead meaningful experiments across lending, insurance, wealth management.

At its core, UPI is a wrapper around the IMPS system, only more user-friendly. Fintechs, then, can be seen as cargo running on the rails of the India stack with much more freedom to innovate.