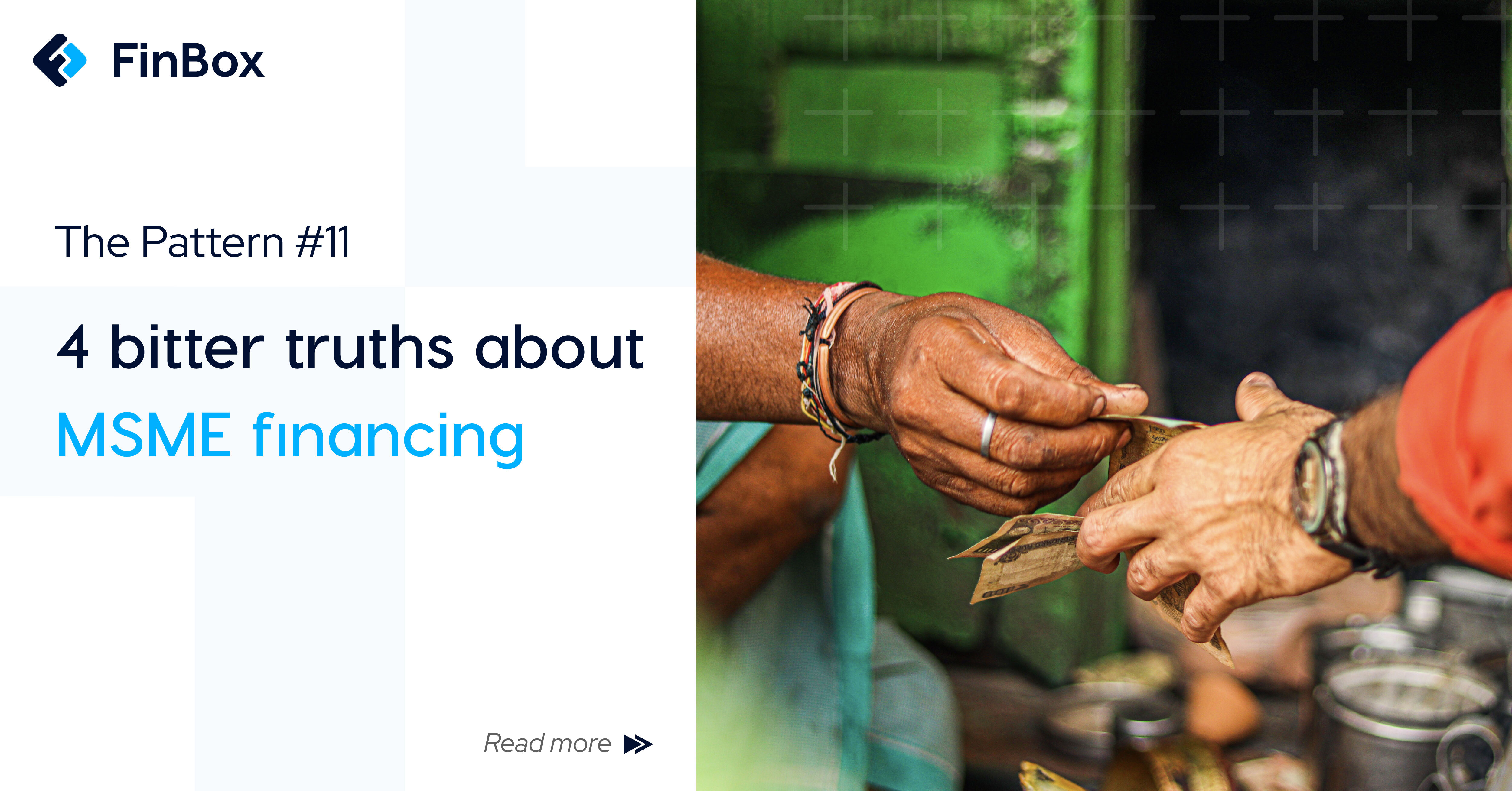 Hello ! Hope you had a good week. Today, I am here to share some sobering but pretty interesting insights about the state of MSMEs in the country.

For those of us who have been crying hoarse about just how broken it is, some vindication came in the form of the latest report of the Parliamentary Standing Committee on Finance titled ‘Strengthening credit flows to the MSME sector.

Starting with a background on the infamous credit gap in the MSME sector, it takes an in-depth look into the state of the MSME financing in India (something we at FinBox feel rather strongly about). The report lays out in detail the entire story of MSME financing (and the lack thereof). Let's look at it through four data points that stood out for me.

First off, it’s a truth universally (or at least nationally?) acknowledged that the MSME sector’s lack of formalized data is a huge impediment to their access to formal credit.  To remedy this, the government launched the Udyam Registration Portal in 2020. Registered MSMEs would gain access to state funding schemes and priority sector lending (PSL). Registration is free of cost and digital, but the numbers aren’t encouraging. Out of over 6 crore MSMEs, only 69 lakh are registered on the portal. This is unsurprising since there have been several complaints. Back in 2020, the Indian Industries Association (IIA), alleged that a number of businesses were unsuccessful and got stuck at the final ‘captcha’ level of registration.  Others applied for registration and were left hanging with no updates. 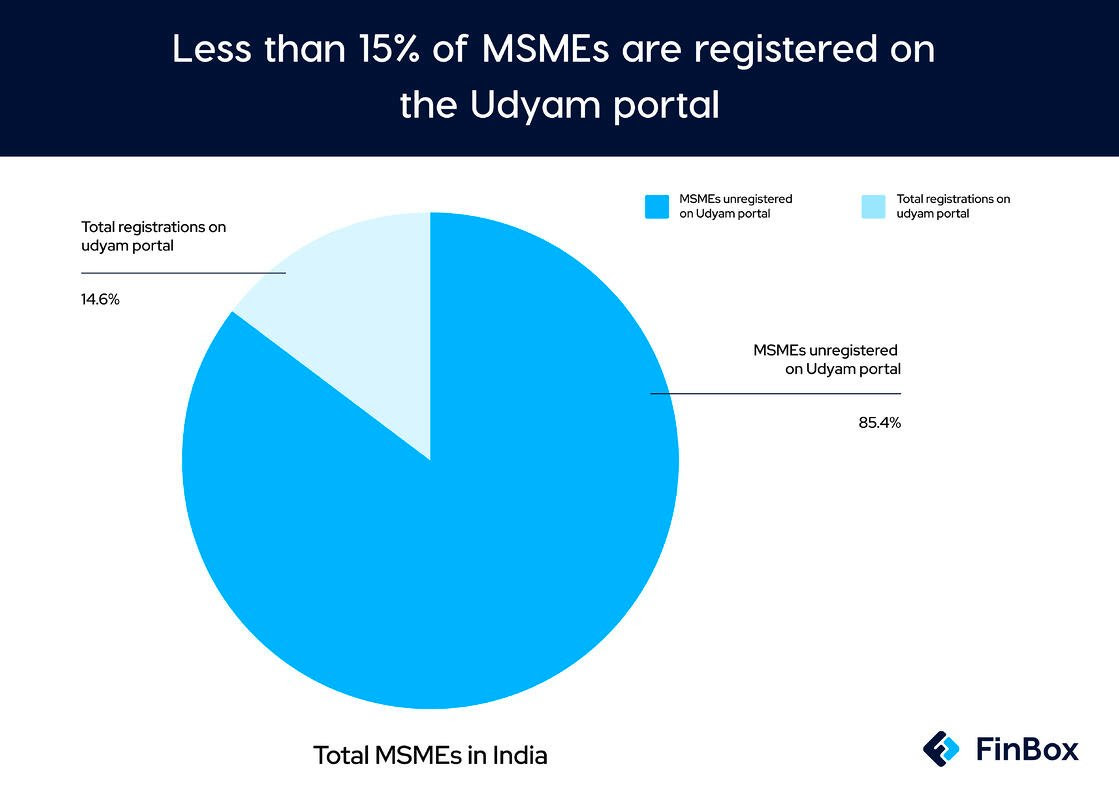 Clearly, Udyam is miles ahead from including MSME in the formalization tent and much needs to be done before priority sector lending truly becomes available for small businesses - but you can’t blame one for trying. 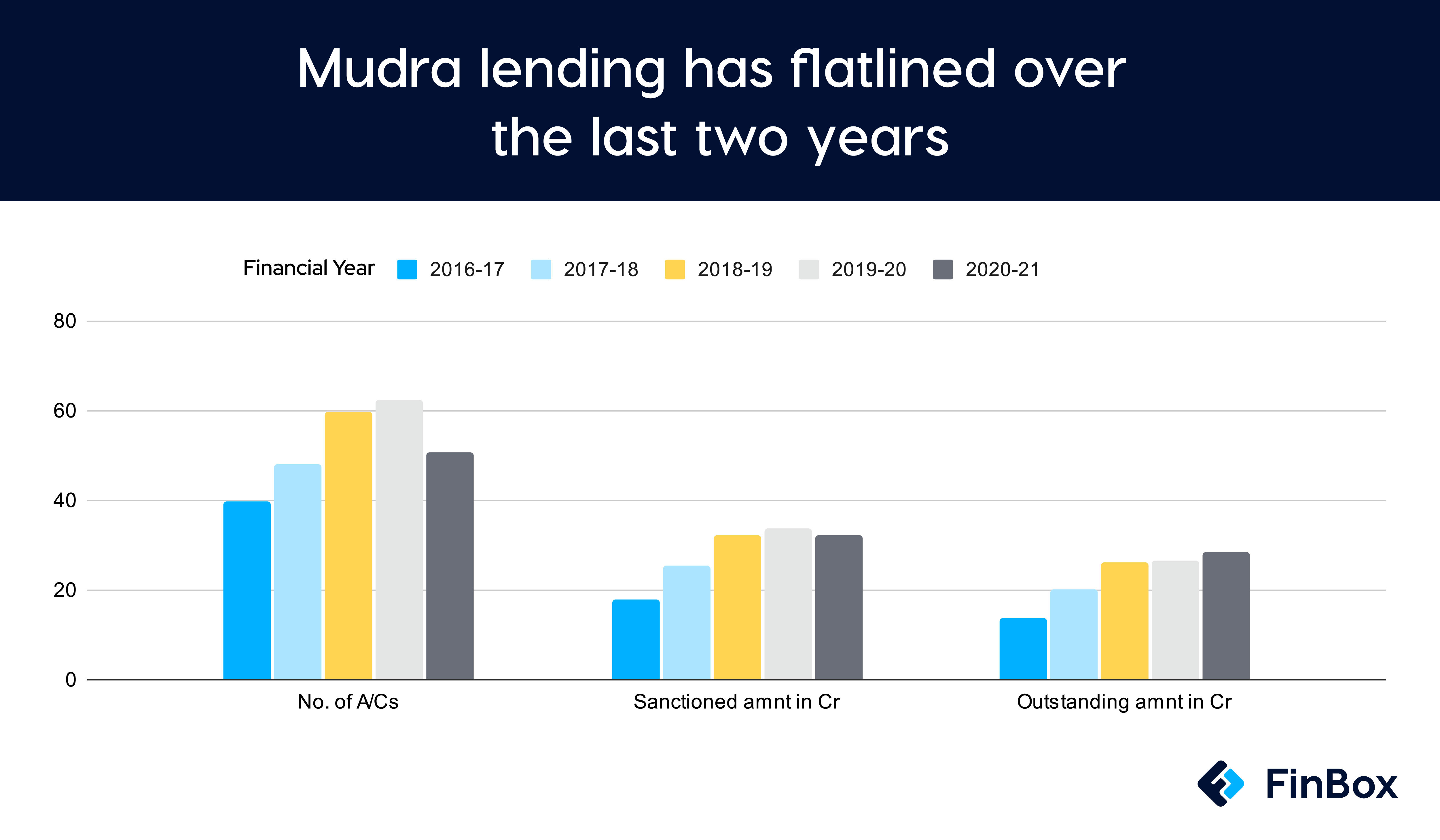 Source: http://164.100.47.193/lsscommittee/Finance/17_Finance_46.pdf We’ve always looked at Mudra with a fair bit of interest since it's the flagship scheme for MSME financing in India and arguably a decent bellwether of how financial institutions are faring when it comes to delivering credit at the last mile.

As it is, our Content Specialist Anna recently published a comprehensive, two-part breakdown on PMMY. In it, she used data and basic economics to investigate the promise, the performance as well as the very premise and argued that the scheme has become more about banks meeting their targets (and thus sanctioning bad loans) than about empowering MSMEs.

It’s no wonder then that MSME NPAs have been on a steady uptick since 2020, with micro industries being the worst hit. The following chart says it all.

#4: MSMEs await Rs 10k crore in payments from the government!

To make matters worse, the sector continues to be plagued by delayed payments. As per the SAMADHAAN portal (created to report the dues and monthly payments by Central Govt. Ministries and CPSEs to the MSEs), out of the 40,541 cases involving an amount of Rs. 13,816.14 cr filed in Micro and Small Enterprises Facilitation Council (MSEFC) of different states and Union Territories (UTs) after 30.10.2017, only 12,737 cases worth Rs. 2358.63 crore have been disposed off as on 15.02.2022. 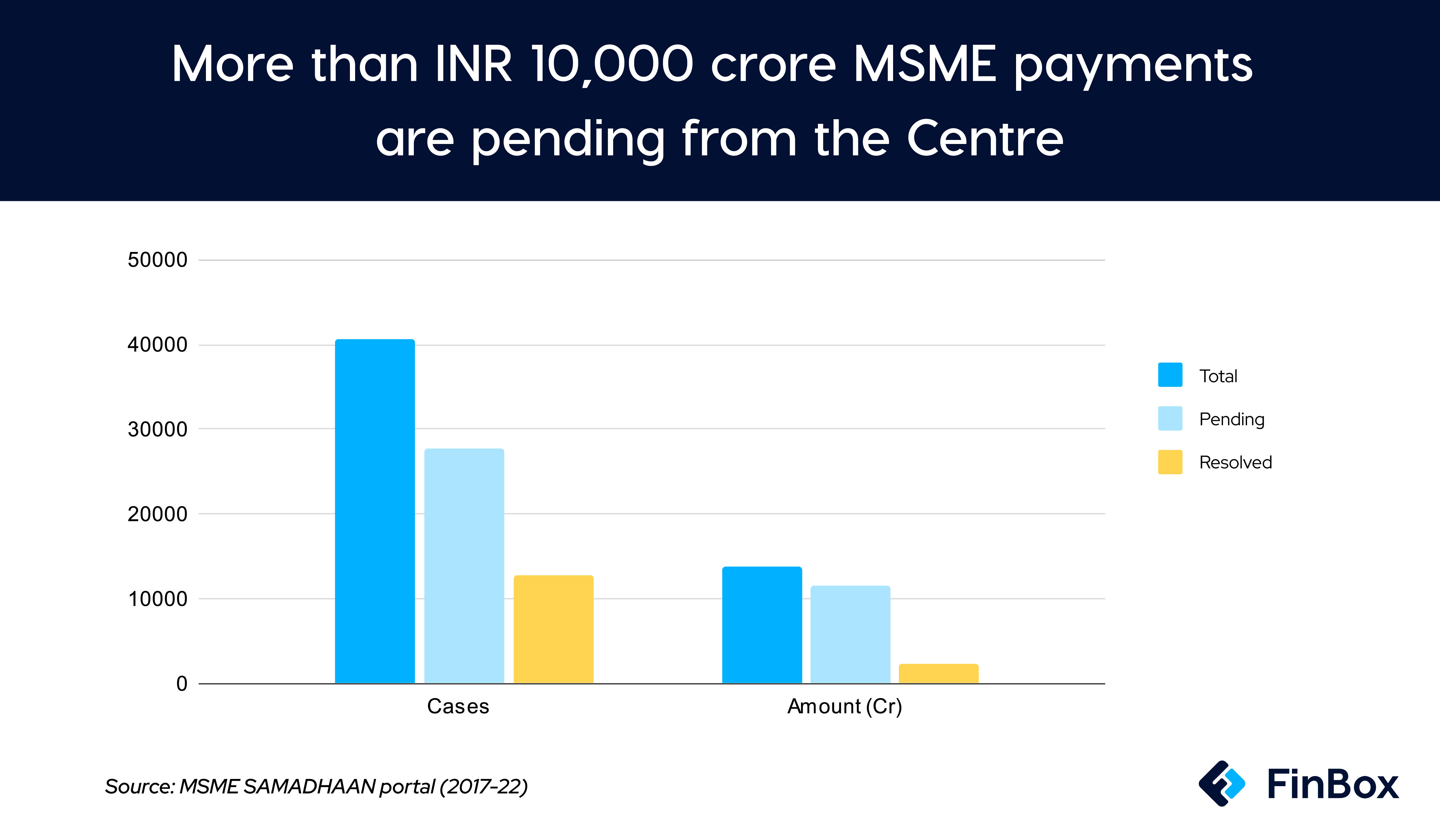 The Standing Committee has thus recommended that the government enforce punitive control mechanisms to ensure that these payments are remitted well in time. They also suggested that payments to MSMEs through TReDS be closely monitored at the state level.

The good news is that the parliamentary committee wants to improve the functioning of existing schemes rather than launch new ones. It's a marked departure from the trend we've seen so far of schemes being piled onto each other till they become a bigger problem than the one they were supposed to solve.

At this point, it’s a classic case of too many cooks spoiling the broth. And if history is anything to go by, several of the existing schemes may soon bite the dust.

Something we wrote about back in 2021. Digitization - in their words, a UPI for MSME lending - and cash flow-based lending will remove the asset requirements for underwriting. Repayment capacity will instead be determined by a business’ real-time cash flows. It will also enable the processing of small-ticket (or sachetized) loans over a period of 60-90 days. MSMEs can avail of these small loans to slowly build up their credit history which will then make them eligible for larger amounts of funding. According to the report, the ‘digital building blocks’ for digital flow-based lending are already in place, including but not restricted to:

While cash flow-based lending is slowly picking up, it still has a long way to go. We have the resources to give MSMEs the credit they need - but what’s hard to do is let go of outdated notions of what it means to be creditworthy. But it’s 2022, so if not now, then when?

That’s it from me for this edition - and before I go, here are my reading recommendations for the week:

Thank you for reading. If you liked this edition, do forward it to your friends, peers, and colleagues. You can also connect with me on Twitter here and follow FinBox on LinkedIn to never miss any of our updates.