The Pattern #18: Time to say bye to these FinTech mental models! 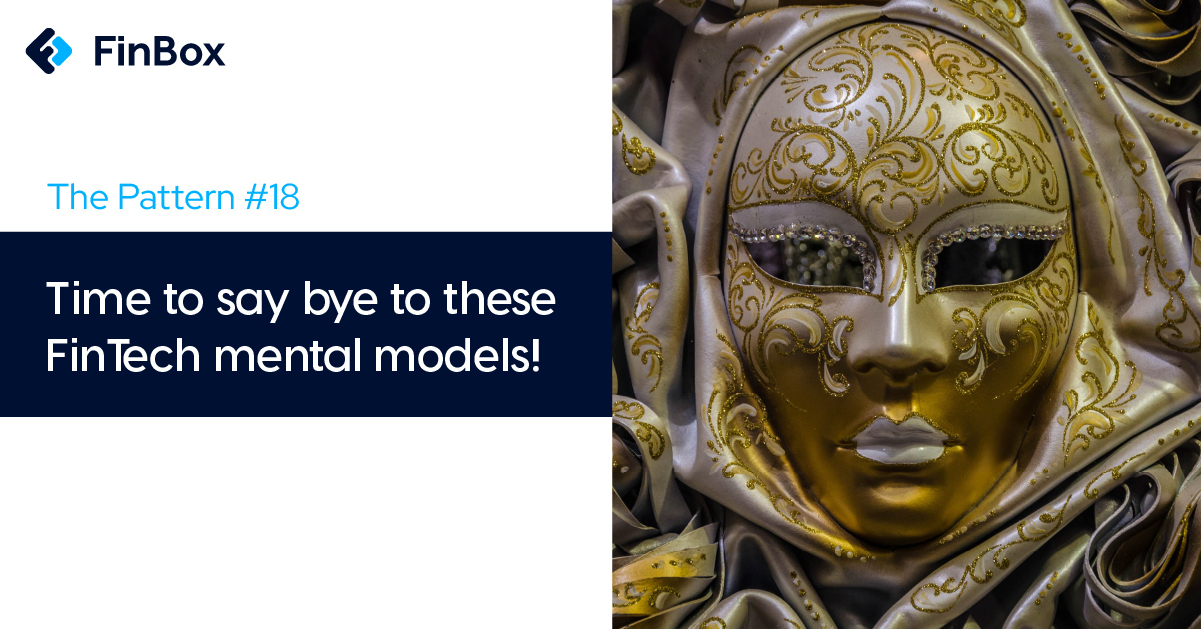 I hope you had a good week. I am back with this edition of The Pattern, a weekly newsletter where I try to wrap the rumblings from the financial and technology spheres in an easy-to-read digest.

This week did not have the drama of the last one - I am referring to the massive upheavals in the BNPL world and the resulting chaos around co-branded bank partnerships. The confusion continues with certain companies facing existential threats.

However, the news cycle was more varied this time and particularly important for those looking at the big picture as pieces of the FinTech puzzle are finally starting to be revealed, even as the ultimate resolution remains some time away.

So here are the three big pieces of the FinTech puzzle that I found most interesting for their more significant impact in busting long-standing myths and mental models.

Myth 1: Challenging banks is a great way to steal their customers

This is a playbook that is oft-repeated, tried, and executed with varying levels of success worldwide. However, India doesn’t yet have the concept of challenger banks. The challenger banks in other economies tend to be nimble app-based players; in India, the only challenge to banks is their inertia - or other licensed banks!

This is particularly important because a story by Inc42 digs into Slice’s business model and how the company that once offered interest-free BNPL faces an existential threat. Slice’s playbook has positioned the company as an anti-bank player offering a credit card that is ‘nothing like a credit card’.

Now that the RBI shut the licensing arbitrage, which made products like PPI-based cards possible, companies find themselves in a tough spot where partnering with banks is the only natural way to survive in the short-run.

And banks, well, they get to laugh their way to the bank.

Bottom line: As our CEO Rajat wrote in a piece last week, the wars must stop and give way to meaningful partnerships. If the business strategy is just to steal an incumbent’s customers, it’s clear that FinTechs won’t be able to go too far. A much better approach would be to work together to innovate and expand the pie. Zero-sum games are a waste of time (and VC money?).

Every day there’s some survey, consumer study, or some loud proclamation from a talking head that says either of the two things.

Thing 1: BNPL will kill credit cards and emerge as the sole credit form that works

Thing 2: BNPL is the root of all evil in the world and will be eliminated

The problem with narratives is that they usually tend to benefit the ones peddling them. The truth is that BNPL might be a new product when sold digitally, but the idea is as old as commerce. Remember, credit is older than money.

Credit cards have existed for decades in their current form - rectangular, plasticky, and with a magnetic strip that's supposed to be swiped in a payment terminal. But, the internet and payment gateways changed the way credit cards work. Now, you could use them online without ever having to swipe that magnetic strip anywhere.

Read: How does a credit card work

Thus, virtual cards were born - without the plastic surface, there’s no strip, but as long as there’s a number and a CVV, you can do as many transactions on credit as you like.

Do we now proclaim that virtual cards will kill credit cards? No. Because they’re just a form factor of a product that has existed for centuries.

BNPL, to my mind, is not dissimilar. It’s a purely virtual credit product that allows buyers to pay later for their purchases - but unlike credit cards, it’s more widely distributed, usually less exclusive, and generally much cheaper.

In this light, one should examine deeper while reading the findings of a recent Experian survey that suggests that BNPL is likely to be the leader of all credit products in significant geographies across the globe.

For instance, 42% of consumers surveyed said their fears about online transactions increased over the last year. Moreover, about 60% of consumers faced an issue or an unpleasant experience while transacting online.

Takeaway: This means that the companies that deliver the most secure and seamless experience will eventually win the long-term game, irrespective of the payment or credit instrument they offer.

BNPL might morph into credit lines, bullet loans, equated daily installments, or some other form of credit, but companies would do well to create their business roadmaps focussing on simplifying the consumer experience rather than chasing whatever new trend pundits claim is coming our way.

Myth 3: Banks will do anything not to go digital, and they’ll eventually lose out

This is a myth that everyone (including myself) is prone to perpetuating. It seems realistic enough to be accurate but the truth is quite the opposite. Banks tend to be slower than their faster FinTech counterparts, but it’d be quite a stretch to say that banks in India don’t embrace digital.

Quite the opposite. The list of banks live on Account Aggregator has just started growing with PNB, Indian Bank and Canara Bank, and a host of other public sector players entering the ecosystem.

Meanwhile, if one looks at the list of UPI participants, more than 330 live participants are currently enabling seamless real-time transactions.

Takeaway: Banks are digitizing faster than most of us imagine, and it’s not a threat for the FinTechs to be scared of but an opportunity to capitalize on a mindset shift and build products and solutions for the digital-first age that would have never been greenlighted five years ago!

This is all from me this week. As always, find some of my favorite reads below.