The Pattern #15: From goldmine to landmine: Of clay feet, FinTech and existential crises 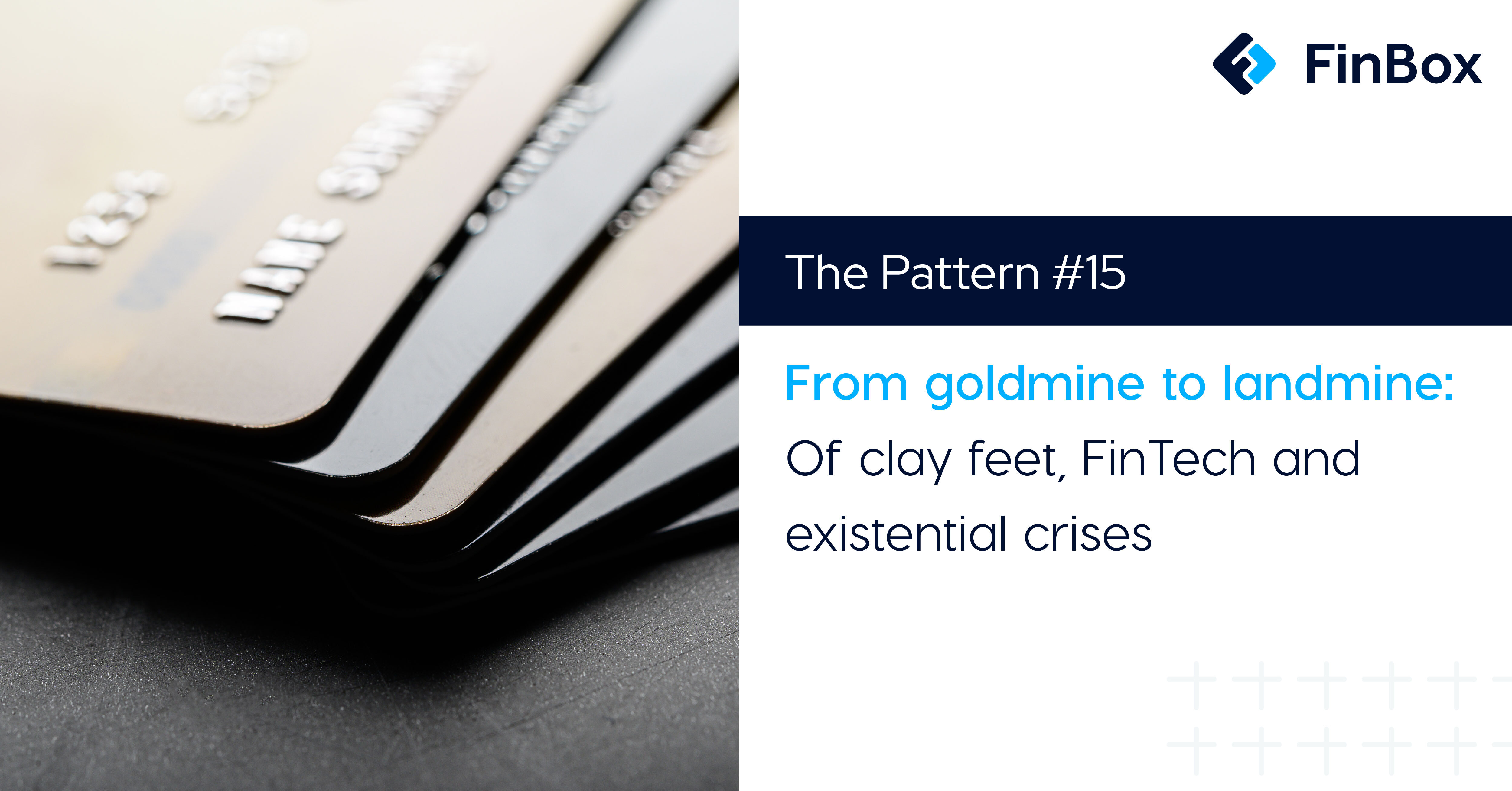 It's been a hectic week ever since we announced our successful fundraise this Monday. We’ve raised USD 15 million, led by A91 Partners, along with participation from Aditya Birla Ventures and Flipkart Ventures.  Existing investors Arali Ventures also participated in the round.

We’ve got big plans - including expansion to the South-East and facilitating more than INR 20,000 Cr of credit disbursals - and this investor-backing will go a long way in making those plans a reality.

The founding team worked themselves to the bone to get here, and I honestly couldn’t be prouder to be part of such an ambitious, innovative, and forward-thinking company.  As we plan our next steps, I can’t help but think about how fast things changed. Last year, India was minting unicorns faster than ever and this year, a funding winter has unexpectedly arrived prompting layoffs, pivots, and total shutdowns of startups. For FinTechs, it's been a double whammy since their struggle for profitability continues even as they battle existential threats

FinTechs have traditionally chased growth and valuations - after all, who doesn’t want to be part of the hallowed unicorn club? Truth is though, a USD 1 Bn valuation means less than you think. Scratch the surface and you’ll see that most FinTech unicorns actually don't make any profits. And it’s not all that surprising either considering that there are many billion dollars 'pre-revenue' companies in the world now.

When you have a billion dollars at your disposal, “profits almost become a nice to have, rather than a need to have” - words from Rishi Khosla, founder of the most profitable FinTech in Europe.

But money buys choices and no amount of explosive growth can substitute even Rs 10 lakh of net profit that a founder gets to keep in the bank and sleep well at night.

It became clear as a day recently as the RBI cracked down on certain new-age credit card models that were using PPI license to distribute 'credit'. Businesses have been built around this loophole, user bases have been consolidated, money has been put in - and now, it could all come crashing down. The funding will dry up - so what do you do when you don’t have your own nest egg to fall back on? You go out of business.

That’s just how fragile many FinTechs really are. They focused too much on growth, too quickly. In their race to beat the banks, they offered low-cost products, took regulatory leeways, and short-circuited the due process that financial services demand and gave massive discounts - which got them customers, but eventually built a shaky business. Because building products that serve a pressing need and laying a strong foundation of profitability aren’t quite as glamorous as shiny cards and zero-interest loans.

It’s an interesting irony - most companies usually embed financial services to generate new revenue streams and become profitable (as we have extensively explored), but new-age financial service companies themselves find it hard to rake in the cash.

So, what’s the solution? To be honest, I can’t be sure. Growth and profits together don’t always come easy, and I believe it’s a question of having the right priorities.

It’s tempting to build shiny new products and acquire customers by throwing money at the problem - but it’s not sustainable, especially in financial services. It's because while innovation is theoretically possible, finance is quite possibly the most heavily regulated industry in the world and there's no real way to kick the profitability can too further down the road.

Historically, the most profitable businesses have tended to be the most boring (think banking, law firms, chemical refineries). And I think it's time FinTechs start becoming boring - focused on making revenue rather than the latest shiny product. All the lofty ambitions can come undone if one runs out of money so the order of priorities can not really be changed - no matter how much one tries.

Think of it this way - it’s easier to build a house of cards than one made of brick and mortar - but I think we all know which one will better withstand a storm.

That’s all from me folks. Before you go, here are your reading reccomendations for the week:

Thank you for reading. If you liked this edition, do forward it to your friends, peers, and colleagues. You can also connect with me on Twitter here and follow FinBox on LinkedIn to never miss any of our updates.